Hello! I am Jelena, and I am addicted to the long walks and exploring. Definitely, not the type who would stay in the hotel all the time during the vacation trip. During my last trip to Patmos –  Solo in the most romantic place in Greece,  I didn’t have so many struggles. There you can walk constantly between the alleys, every time discovering something new. It is important to turn off your phone, and let yourself to enjoy! Let’s go together! Just guys, take a bottle of the water and wear comfortable shoes, the paves of Chora can make you easily tired as their whiteness attracts the sun. 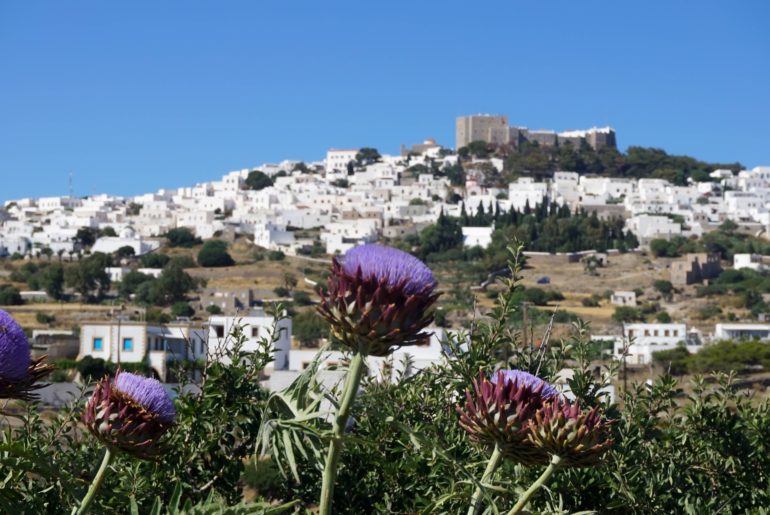 In 2009, Forbes magazine named the Greek island Patmos as  “Europe’s most idyllic place to live”, writing that “Patmos has evolved over the centuries but has not lost its air of quiet tranquility, which is one reason why people that know it return again and again”. Back in 1999, the entire town of Chora along with the Monastery of St. John the Theologian was declared World Heritage Sites by UNESCO.  The mansions that surround the main monastery were actually built as a sort of fortification to protect the monastery from pirate attacks.  I learned that those mystic houses actually had a huge garden behind these walls. My curiosity couldn’t calm down and when you’re curious, you find lots of interesting things to do. Asking the locals about these fascinating mansions, I learned that today the oldest mansion at Patmos operates as a museum. 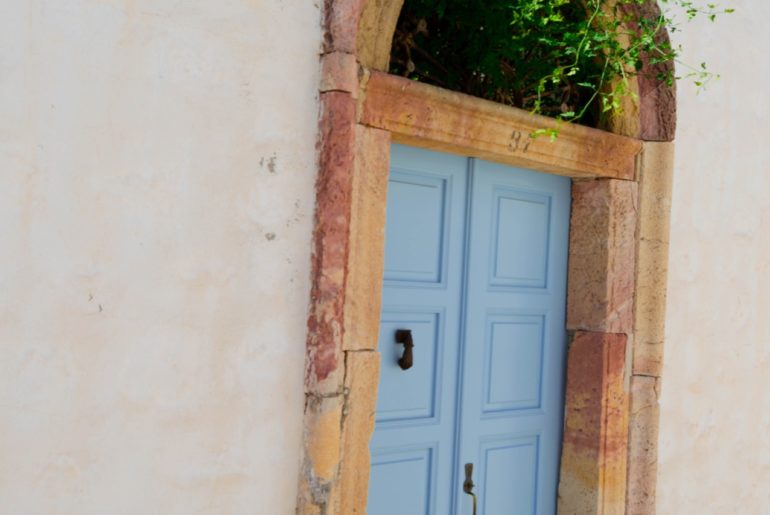 The Simantiri Mansion was built in 1625.  Today it is a private residence that has its upper floor open to the public as a museum. On display is period furniture, kitchen utensils, and various collectible decorative items.  Amongst the Art Works, you can find a painting by Nikolao Gyzi and Russian icons from the 14th and 15th centuries.  I was welcomed by the old lady, the eighth generation owner Ms. Morfousa Simantiri, who describes the objects with the stories from the past and jokes about their use. 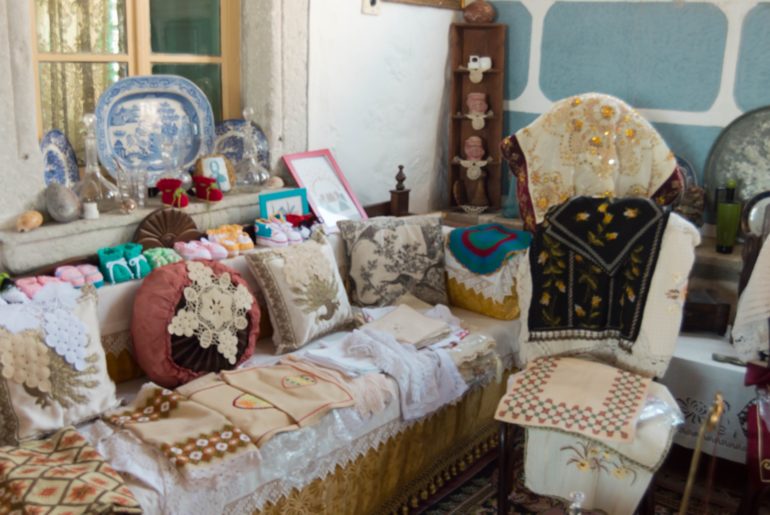 The first cover picture of this post represents the common room for the residents where they spent their time together, but also where they had their pets.  It would be amazing that these walls can tell us the stories that happened during 400 years since the house was built  – the best seller book or maybe a movie?  Could you imagine how our life would look like if we were residents of this house then? 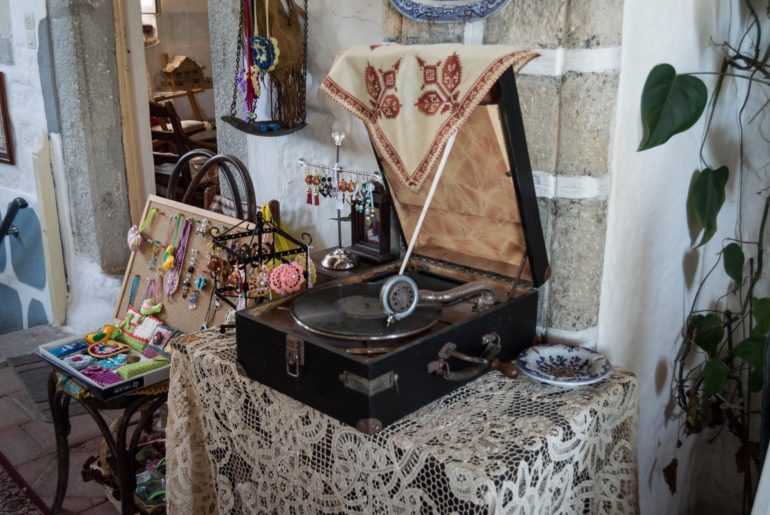 My second thought after visiting this mansion was about all details and furniture inside the house. Ms. Simantiri would talk about them for hours. For example, this baby swing dates from 1913.  She was describing that swing with the same passion as the painting by famous Gyzi. Besides that, she showed me the tablecloth she just made! It inspired me how she was grateful for everything she has! I guess that today we take many things for granted not thinking that in the future they will be all that we have and lot more valuable than we think. 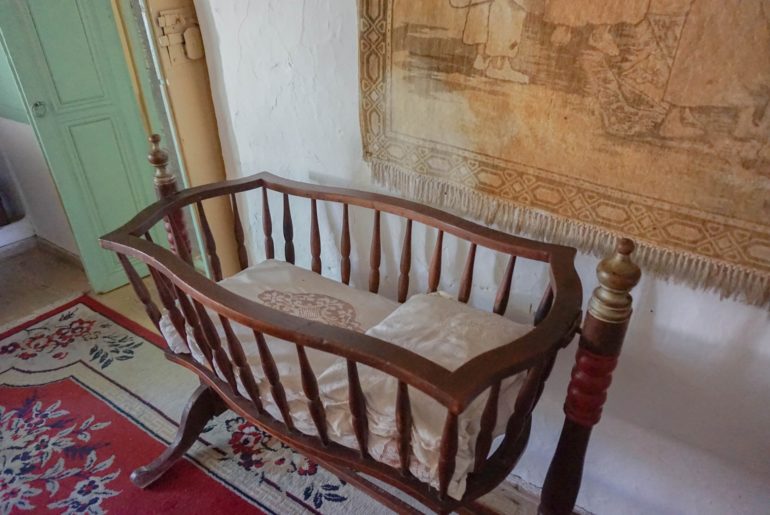 Many of these old mansions today are turned into summer vacation houses. I guess that in order to be functional and to satisfy the traveler spirit they need a lot of renovation, but would I be able to stay in this house for more than a few days? Honestly, I am not so sure about it. I had a fun and enjoyed as mentioned above living for a moment in this movie scene,  but being in a place without internet, unfortunately, sounds like impossible mission today. Yes, we take many things for granted. 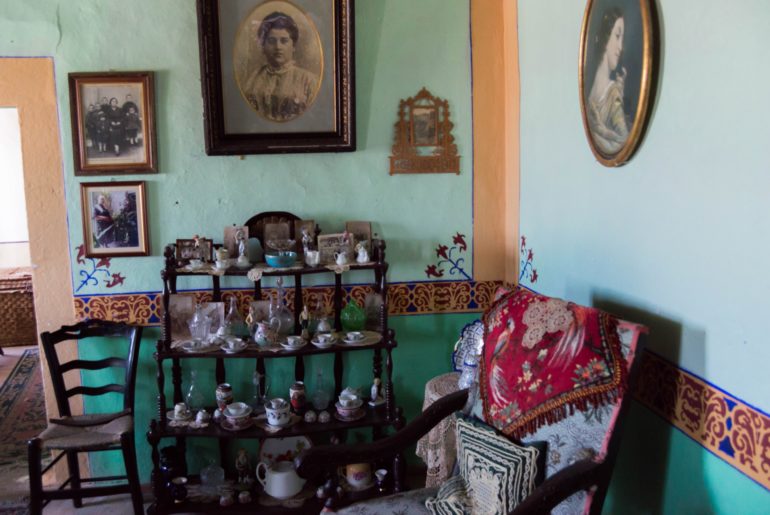 During the summer days, the Simantiri mansion has a lot of tourists, especially when the cruise boats arrive. The routine is always the same after the tourists enter the house and go on the second floor, they will meet Ms. Simantiri in the main room, where they can sit and learn more about the building, ask the questions.  Ms. Simantiri also explained that the arrangement of the external buildings was such, that created a kind of defensive wall without any opening.  Even the rich buildings were made of simple materials and didn’t distinguish externally so as to be difficult to get identified by pirates and get plundered.  It made me wonder was this house ever attacked by pirates? What did people do in that period to protect themselves? 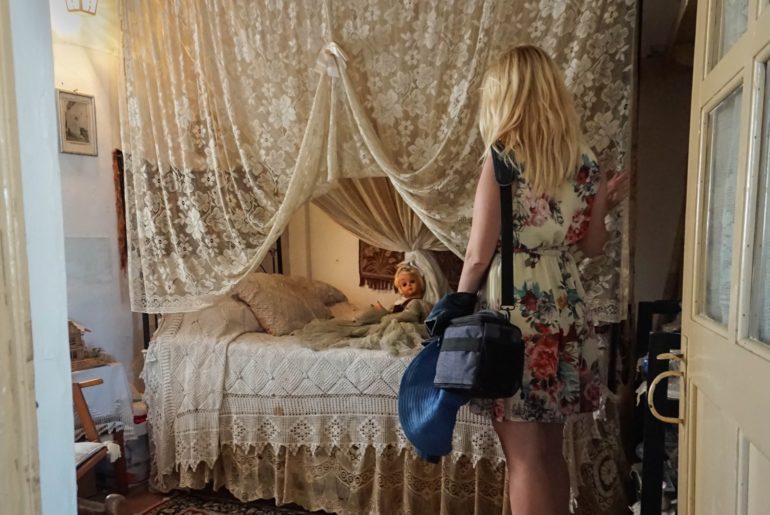 I decided one more time to go and check the rooms influenced by the stories I heard. What happened with the people who used to live here? Many of unique artifacts were brought by sailors from abroad.  What made them keep connections with this island? The moment I wanted to ask those questions, the new group was at the doors waiting their turn to check the house. I had to leave with the hope that soon I ‘ll be back at Patmos and able to ask those questions in person.

Do you know those answers? Let me know in the comments below.

I would like to thank the Municipality of Patmos for the invitation to spend few days at the island.

Solo in the most romantic place in Greece