If you are hungry, you can easily skip this post and check my recommendation about Hydra’s restaurants.  As previously mentioned, Hydra is one of the most beautiful places I have ever been to. The island itself is full of variety, so you can have a really nice relaxing break but still different depending on where you stay. In this post, I want to share with you the best way to use the possible time and to discover this magical island. This is the place where you can enjoy the luxury holiday and again stay on a budget.  Follow me on this post about the best things to do when you are in Hydra. 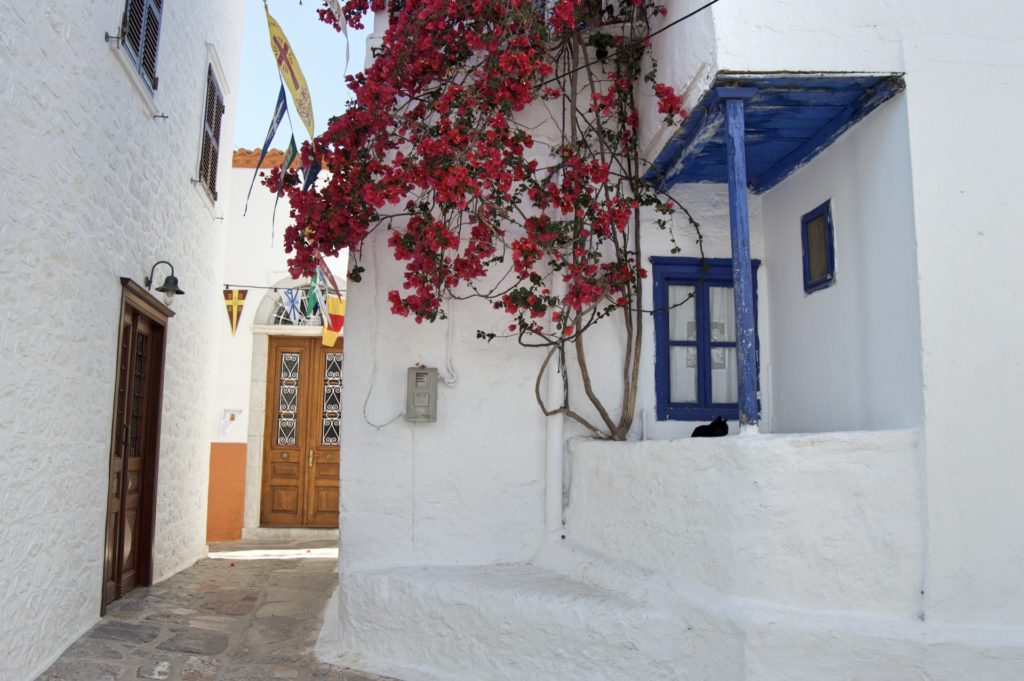 At the island everything appeared to be easy to find, and when it wasn’t I kept getting lost and turning into streets – which meant I found even more beautiful places, hidden gems that you only come across if you really get lost. For example, I found this little corner by accident but afterward, I was returning here and enjoying this view. Perhaps the unique aspect of this little paradise is that there are no cars or motor vehicles on the island. In case you are in hurry, the main method of transportation here are the delightful mules and donkeys, as well as the water taxis. 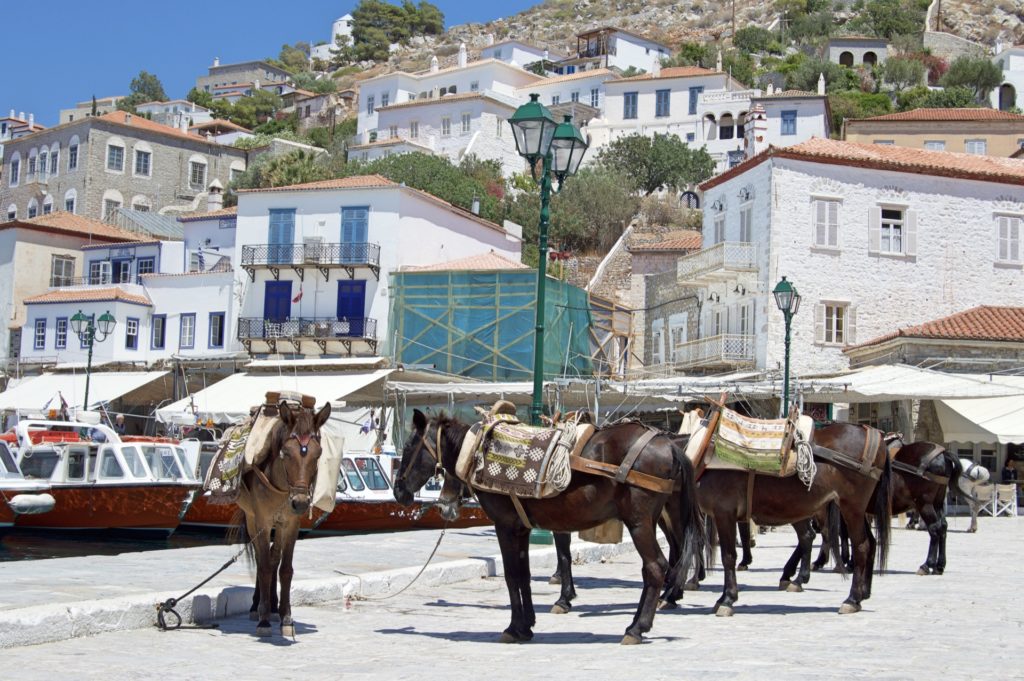 My visit to this island started with the visit to the major who passionately described the history, present, and future of Hydra.  I learned the meaning behind the Hydra’s flag, but also that Hydra was incredibly prosperous because of its commercial fleet which traded to countries like Spain, France, and America. Today, it prospers due to its flourishing tourism. It is a destination for seekers of romance and beauty. In the high season, weeks pass when its port feels almost like a little St Tropez, full of visitors enjoying delicious cocktails. I also learned that summer so far has been a flow of clear-blue days and that there are many celebrities like Sophia Loren, Leonardo Cohen who seek inspiration and never end up leaving.  As a local, the island’s keeper of stories, the major of Hydra,  was talking about the movie Blue Dolphin that was made here.  I decided to stroll the streets and to try to discover what is that magical thing that everyone got attached to the island? 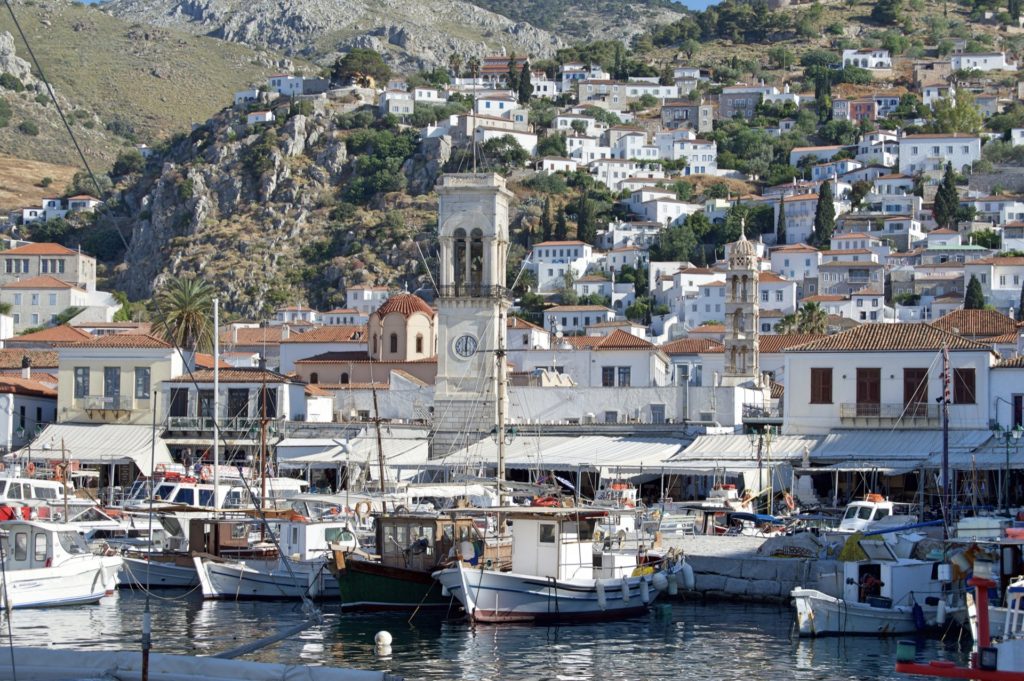 Visit the Museums of Hydra

A few minutes walking from the port, there is Kountouriotis mansion which is today turned into the museum.  This one is dedicated to Lazaros Koundouriotis, who played a vital role in the War of Independence. It was built in 1780 and features beautiful interiors, paintings by the Greek artists.  The best part of this mansion and my favorite thing is actually the view!  You can see the whole town – the port – a perfect horseshoe – backs into a high amphitheater dotted with 18th-century mariners’ mansions painted citrine around dazzling-bright labyrinths of steep steps and slender streets. Actually, the cover picture of this post was made there!

As I am not the biggest fan of donkeys, which you can find on the port, I have decided to spend my afternoon with Harriet’s Hydra Horses. There are various tours, and I definitely enjoyed mine! Check out my post about it for more details.

Roulie and I explored Hydra 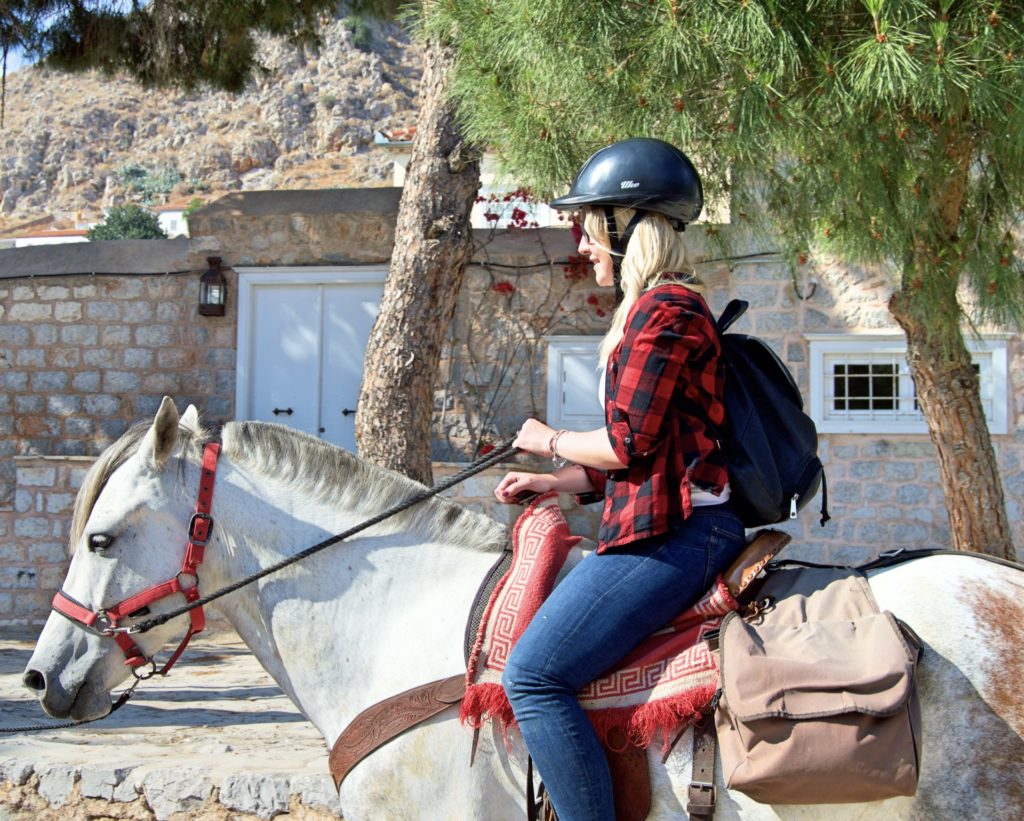 At Hydra, not even for once, I thought about using the Google Maps. Every time I would think that I am lost, I would discover the new corner for taking pictures,  cute cafe, a good restaurant or the new genuinely spot for the best sunset viewpoint. 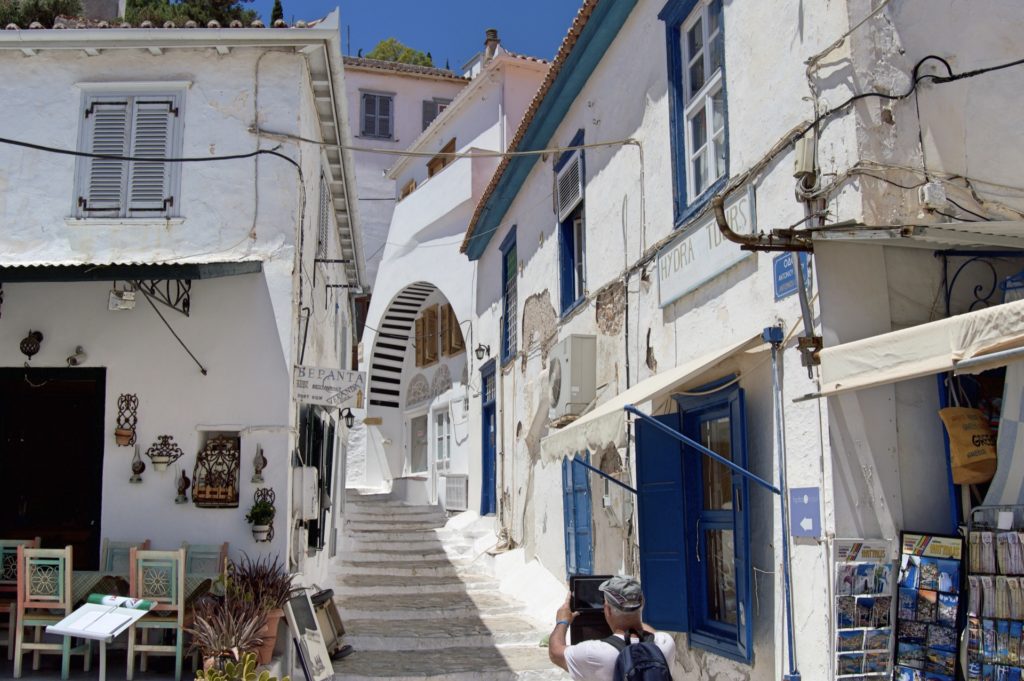 Visit the Monastery of the Assumption of Virgin Mary

In the same garden where is the Town Hall, there is also the Monastery, located in the center of the harbor underneath the clock tower.  It was said to have been built by a nun on her arrival in 1643.  It consists of a magnificent Byzantine-style cathedral, frescoes from the 18th century and exquisite Orthodox decorations. 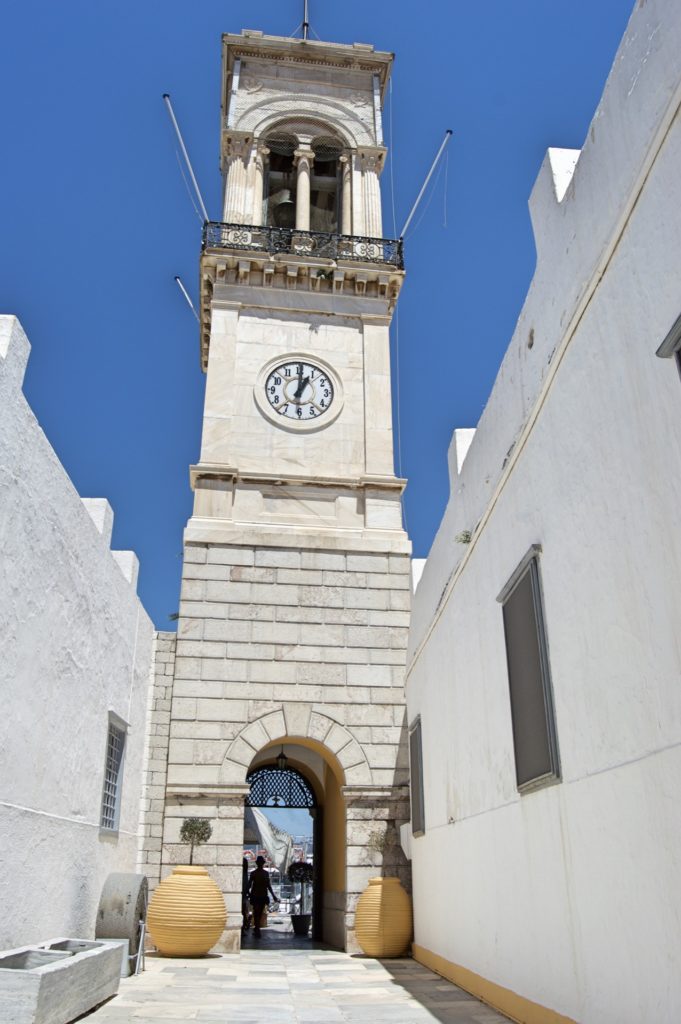 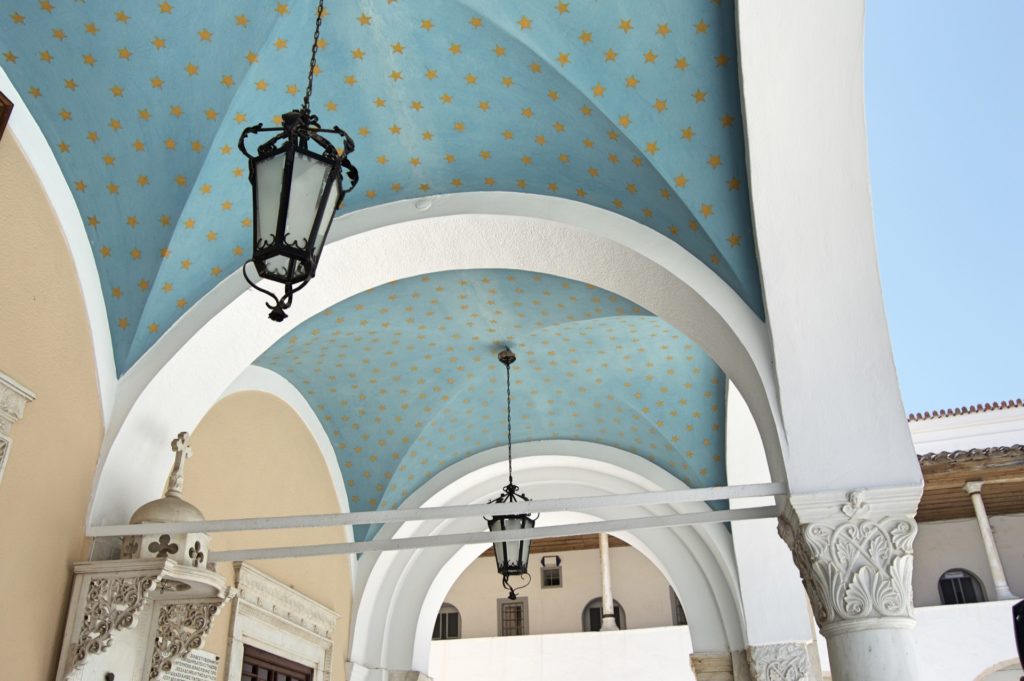 Walk from Kamini to Hydra Town

The second day during the afternoon, I have decided to visit Kamini port. Besides its delicious food and one of the best restaurants, this area is famous movie location. No, there are no shopping areas, neither crowded cafeterias, this picturesque fishing village of Kamini is beaten path, where you can find the old stunning mansions. Moreover, on the way to the Hydra town, you can find one of the most beautiful sunsets locations! That’s the one I was talking to you a bit before…  It is so romantic place! Certainly the best one for honeymoon or proposal! I wouldn’t mind for sure! 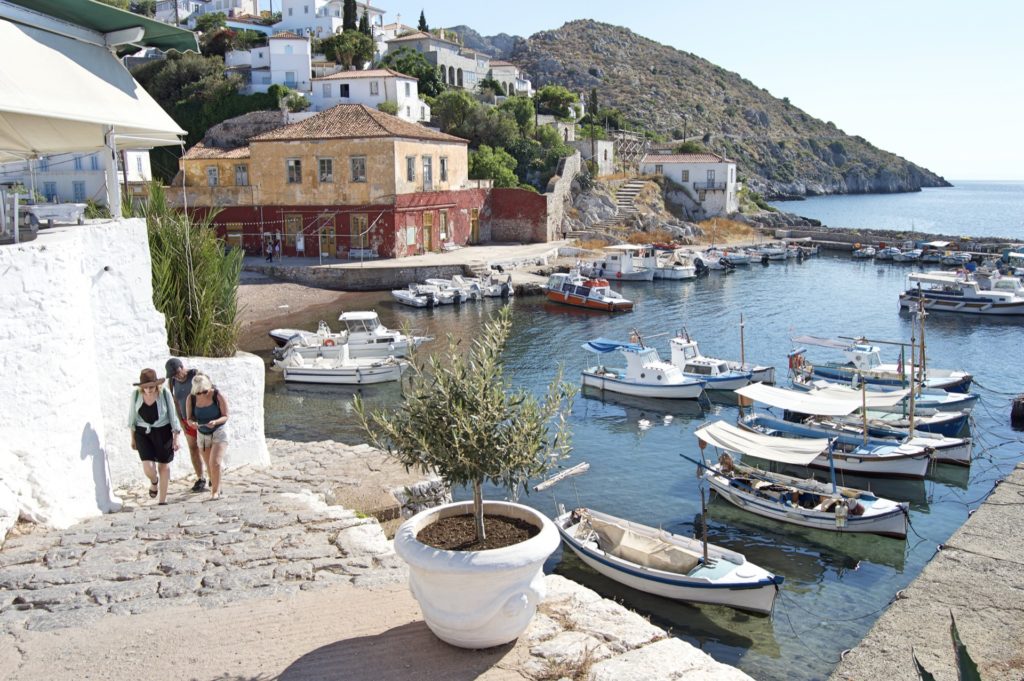 Upon my arrival to the island, I paid attention to the left side where are the bastions.  One more time, couldn’t make myself calm and resist to ask what they represent. As I heard they are there due to the fact that the Islanders for a long time were forced to fight with the Turkish conquerors. The efforts of the inhabitants of Hydra was of great importance in the struggle for the liberation of Greece from the domination of the Ottoman Empire during the time of the national liberation war of 1821.  Because the island was defended with 2400 guns and 5400 warriors, the Turks called this small plot of land “Little England”. Make sure to climb the bastions and admire its history and the breathtaking view of the Aegean sea.

Visit the Beaches of Hydra

As locals told me Hydra has more than 20 astonishing beaches. However, as I was limited with the time, I got the recommendation to visit five of them. For example, only 1km west of Hydra Town, there is Kaminia Beach. It is ideal for families with children because of its pebbled beach and location between small fishing villages. It also has few delicious traditional taverns.  The next one, within a walking distance from the town, is Spilia, a rocky beach with translucent blue waters. It is the well-known beach for diving. I haven’t visited the Vlychos Beach but my friends from Travel Bloggers Greece told me that they had a blast there in the past! From the pictures, I could say that Vlychos town is a picturesque place just 2km from the Hydra town. On the western part of the island, I have heard about Agios Nikolaos, but as I haven’t been there, I wouldn’t talk so much.

To be honest, I love the beach at Four Season hotel, as well as the beaches on the way from Kamini port to the Hydra town. Most of them were rocky beaches, which I am not the biggest fan, but I fell in love with Hydroneta bar, the color of the sea, as well as with the fascinating view!

Strolling the streets (again), I have passed by this pharmacy many times, but then I heard that this is well known as one of the most beautiful pharmacies in the world, as well as one of the first pharmacies in Greece. It is a family business founded in 1890 by Evangelos Rafalias, located within a gorgeous century-old mansion.  Inside you can find a different kind of pharmaceutical products but also beauty products such as traditional handmade soaps, lotions… 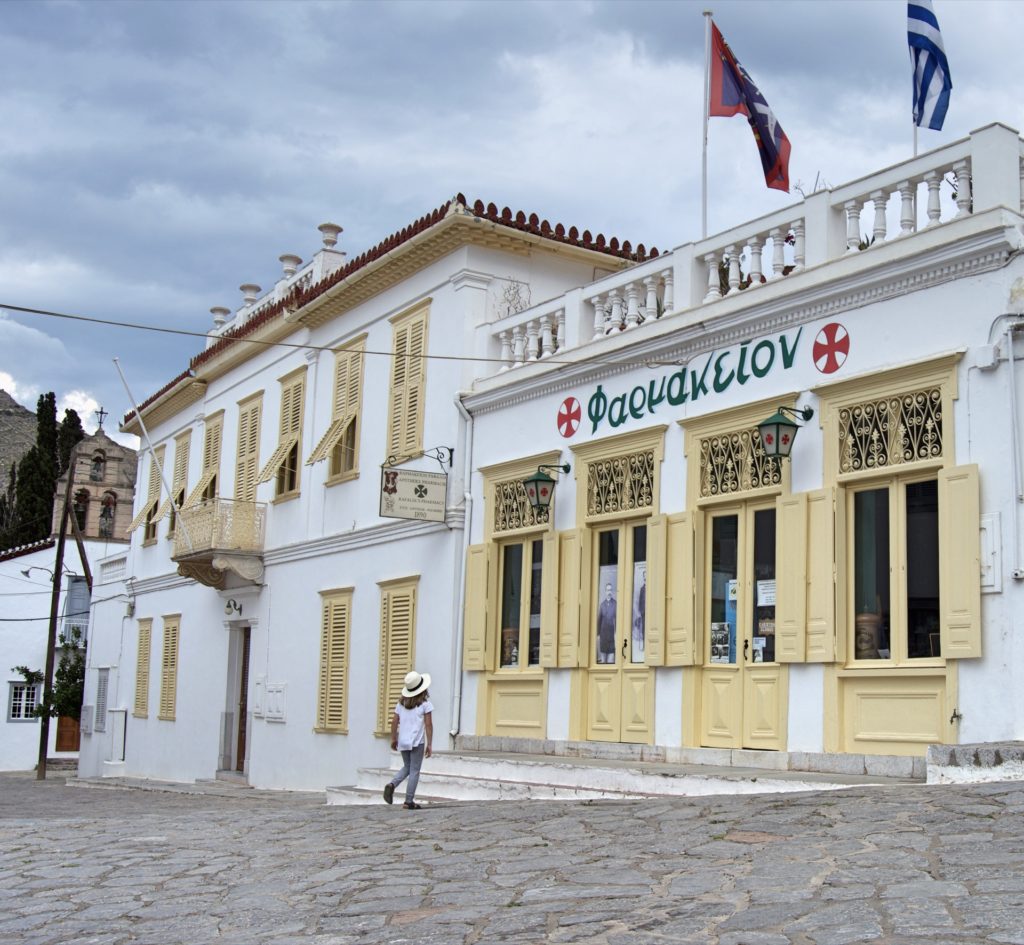 After visiting a pharmacy, I was lucky enough to meet the owner who showed me the nearby old mansion, which is used as an Airbnb house. This house could be seen in many photo-shootings from celebrities all over the world although I believe that it should be saved and used as a museum. Here, I was able to learn more about the way old Hydriots lived everyday life and their stories.

Hydra is also the birthplace of five Greek prime ministers and the first president of the Second Hellenic Republic. When the major shared that information with me,  I wondered why that was so? How it is possible that one place can be so powerful but in the same time romantic and gentle?  It is a place where you can find tranquility and be isolated from the people, enjoying the peaceful holiday, but also there are some places on the island where you can have the craziest days of your life ever.  Being at Hydra feels like you are in another world, infinitely away from all bad influences that you could hear about at the news. Again, Athens is only 68 km away. There are various ways to escape here at least for 72 hours as I did. 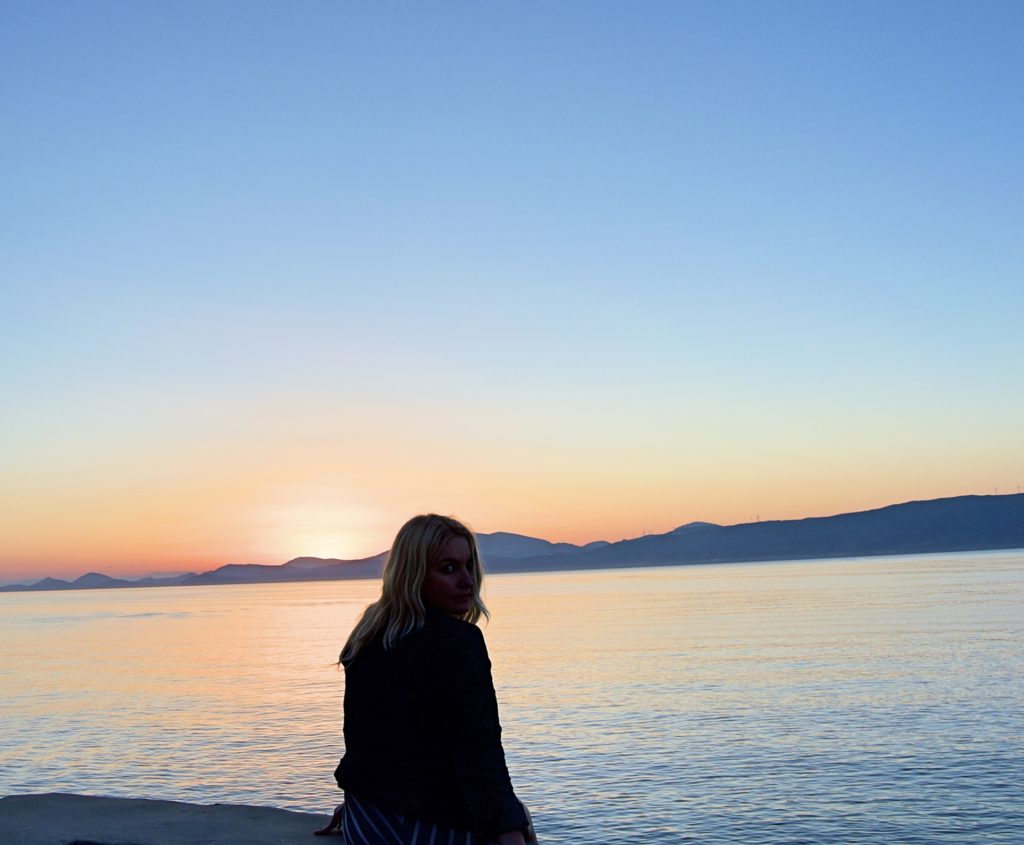 Hydra, thank you for the lesson I learned, the sceneries I saw and the new friends I made. Thank you for reminding me that sometimes the smallest things take up the most room in your heart.