If I learned anything in Greece, it is how to drink a coffee. I don’t even know when it happened that I became the person who likes to sit for hours and enjoy the coffee and is getting annoyed by those fast drinkers. One more question on which I don’t have an answer is when is the right period when Greeks transfer from the warm to the cold coffee? 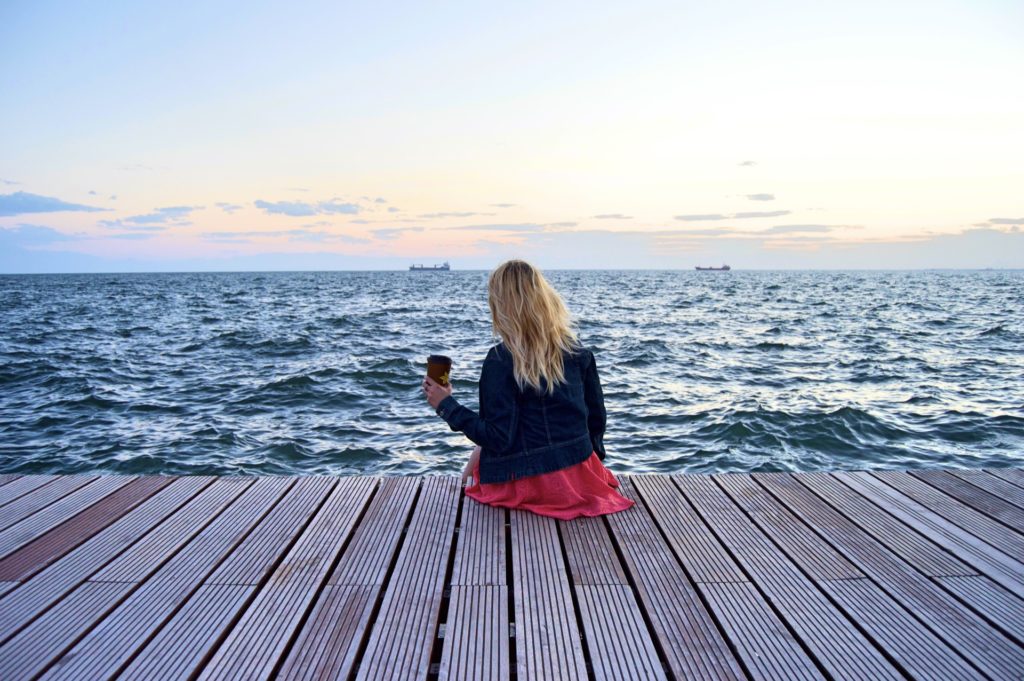 Coffee is important. Coffee is your best friend in the morning while you are reading news, or your accompanier while you are waiting for the bus. In Greece, I realized that coffee can say a lot about people. It is like a stamp. My friends from Greek corner said that you will recognize Greeks by the cup of coffee to go which is all day in their hands. I got adjusted really well, likewise my first step out of the house is just to “the coffee to go place”. 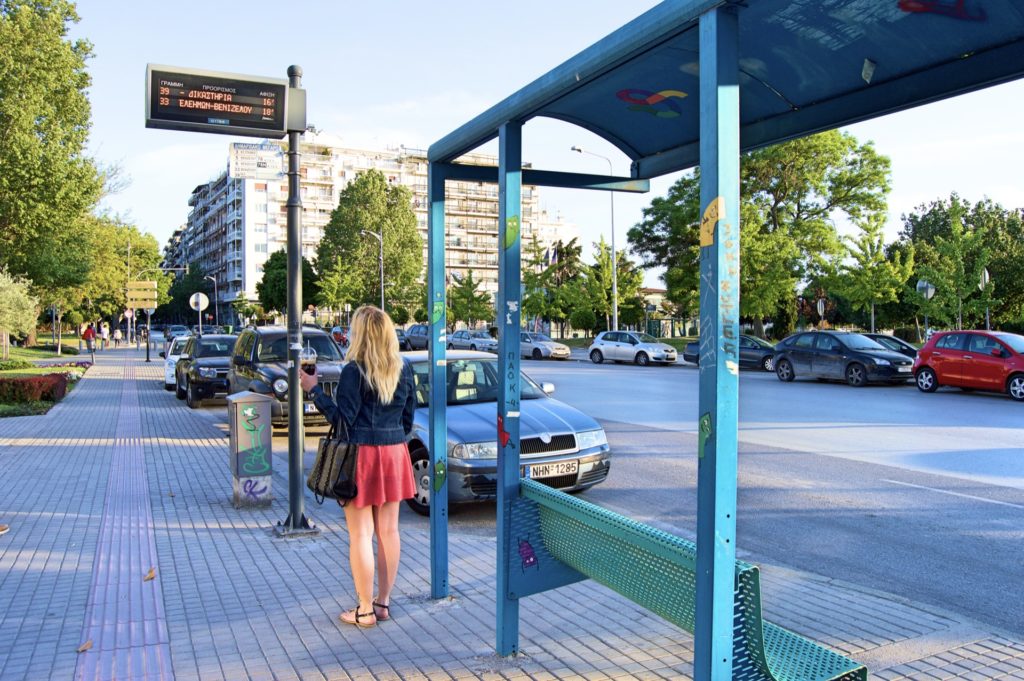 If someone makes competition between the most lavish coffee cities, I am sure that Thessaloniki would have a lead. There is coffee place on every corner. If you have been here at least once, for sure except Starbucks, which is listed in Balkan tourist’s attractions, you have learned about Mikel, Coffee Island or Todaylicious. Today, I decided to introduce you with those 3 most visited Greek “coffee to go” places. 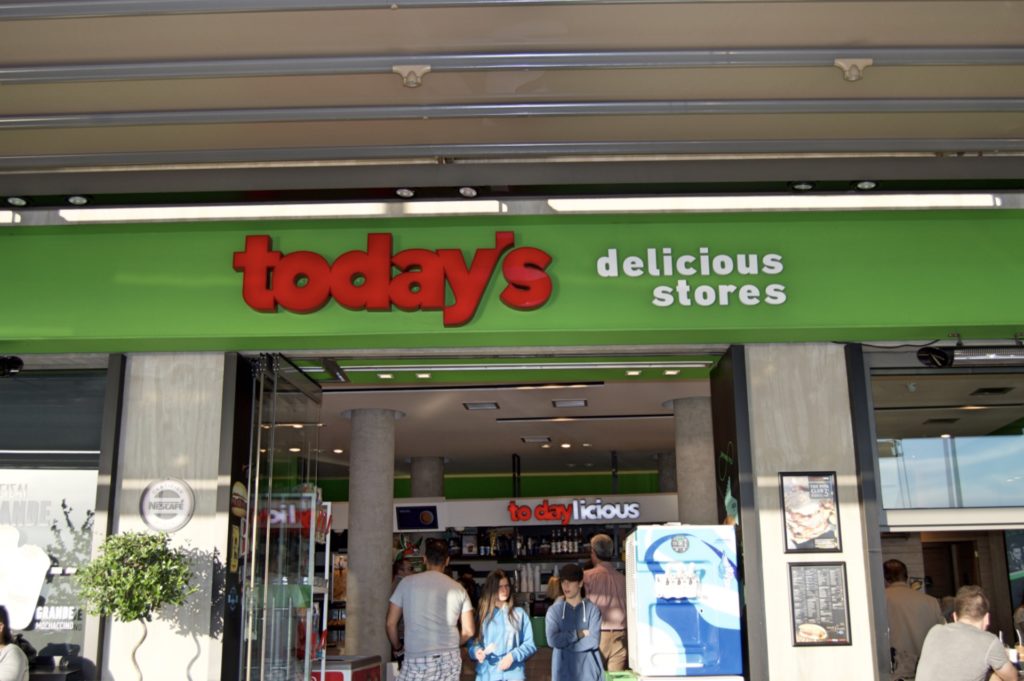 In the morning on the way to some meetings, I stopped by Todaylicious. This green store will take your attention specially during the summer days. Honestly, I don’t like it. I spend many times there, purchasing coffee or ice cream when it was the closest place to go, but for some reason I don’t like the taste of the coffee. I tried many times as this time ordering freddo cappuchino, but always it is the same opinion, that it is not the coffee I know. As I learned, it is made in the same way as freddo espresso just it has the cream over. 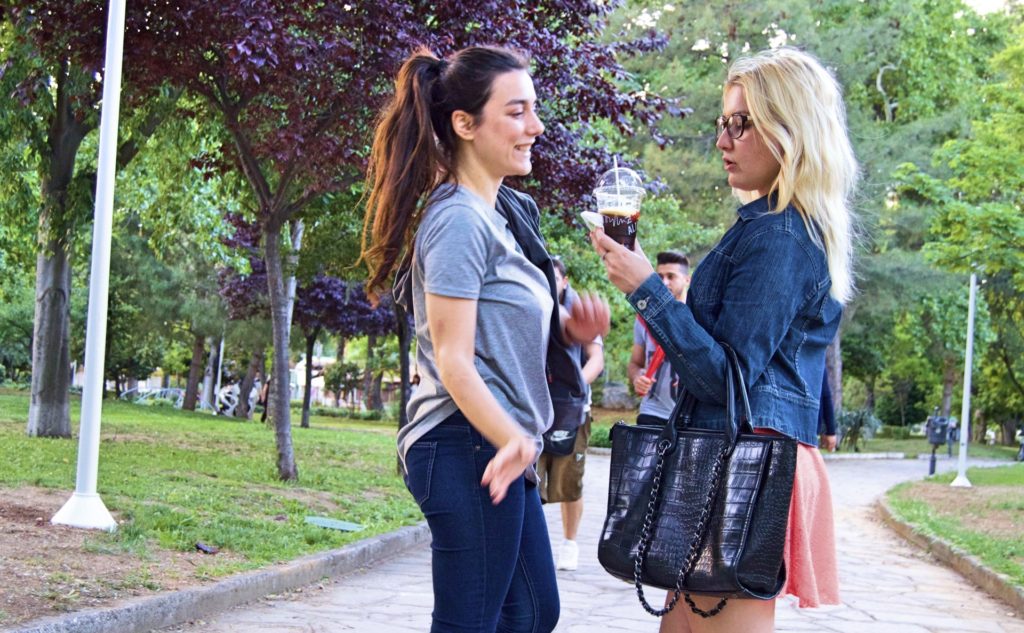 Next coffee stop is Mikel. It is the store that I first discovered. It can be named such as Greek Starbucks. Comparing to the Coffee Island which is indeed coffee to go place, Mikel is place where people also like to chill and spend some time with their friends. Out of record, I wanted to order here frappe. No, frappe, is not that drink with Milk and strawberries, frappe is cold ness coffee. However, Mikel didn’t have it, so I went for freddo espresso. 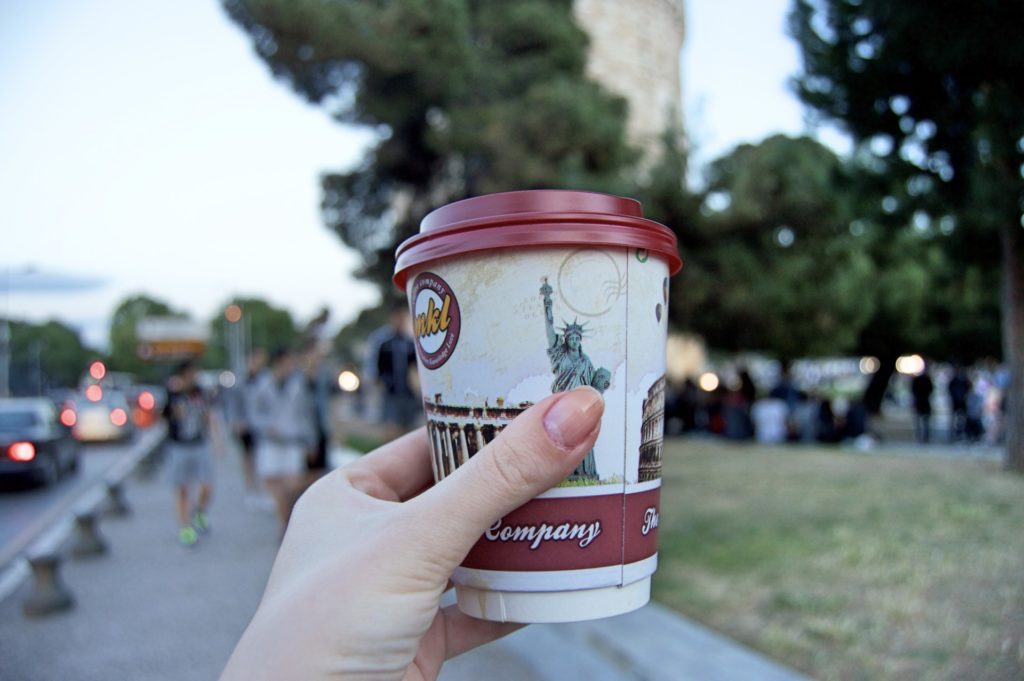 In the evening, a friend of mine who is also student in Thessaloniki and I went for a walk. Thessaloniki is magical city, that never sleeps! I guess that the fact that it is a student city has influenced it a lot. 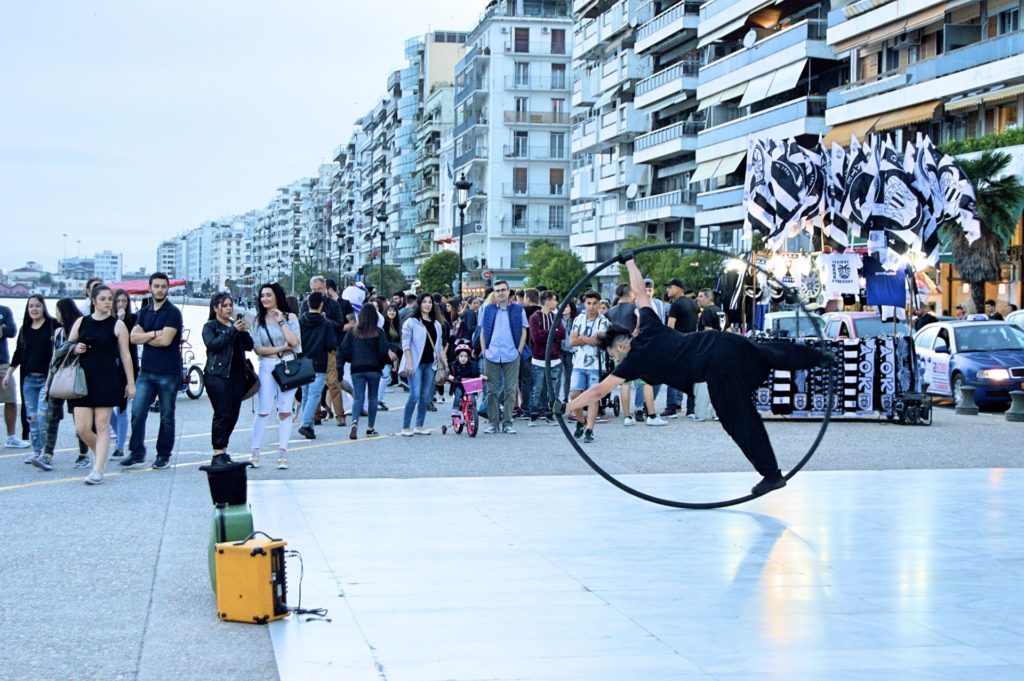 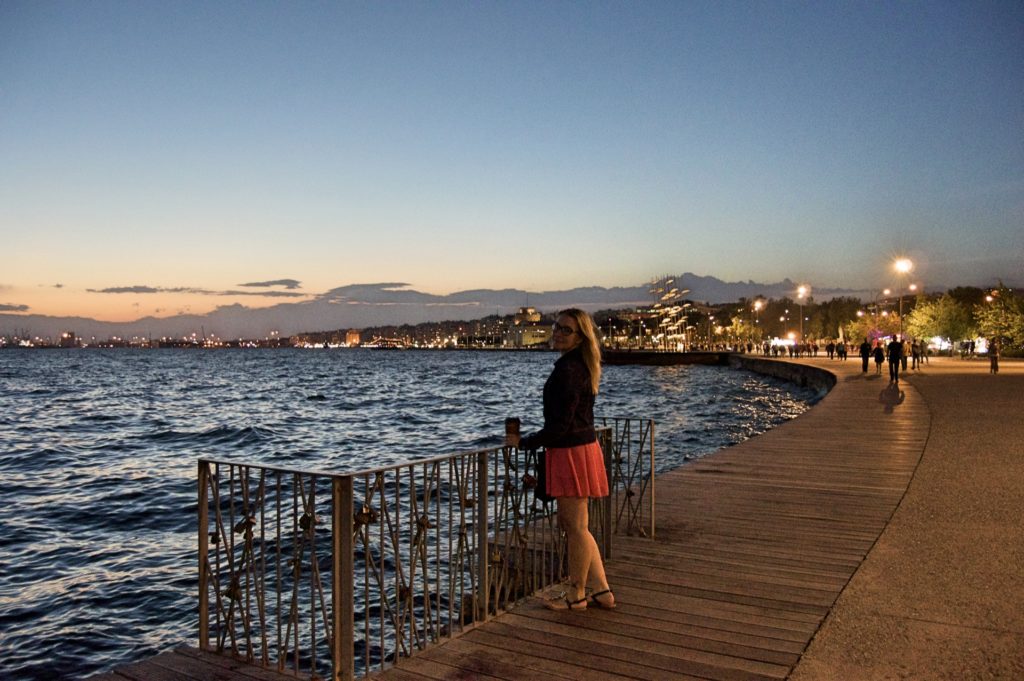 Of course, we couldn’t avoid to pass by my favorite “coffee to go” place, Coffee Island. It is Greek franchise of coffee founded in 1999 in Patra. I ordered double cappuccino, which is undoubtedly my favorite coffee. Coffee Island is usually giving bigger cups than other places. 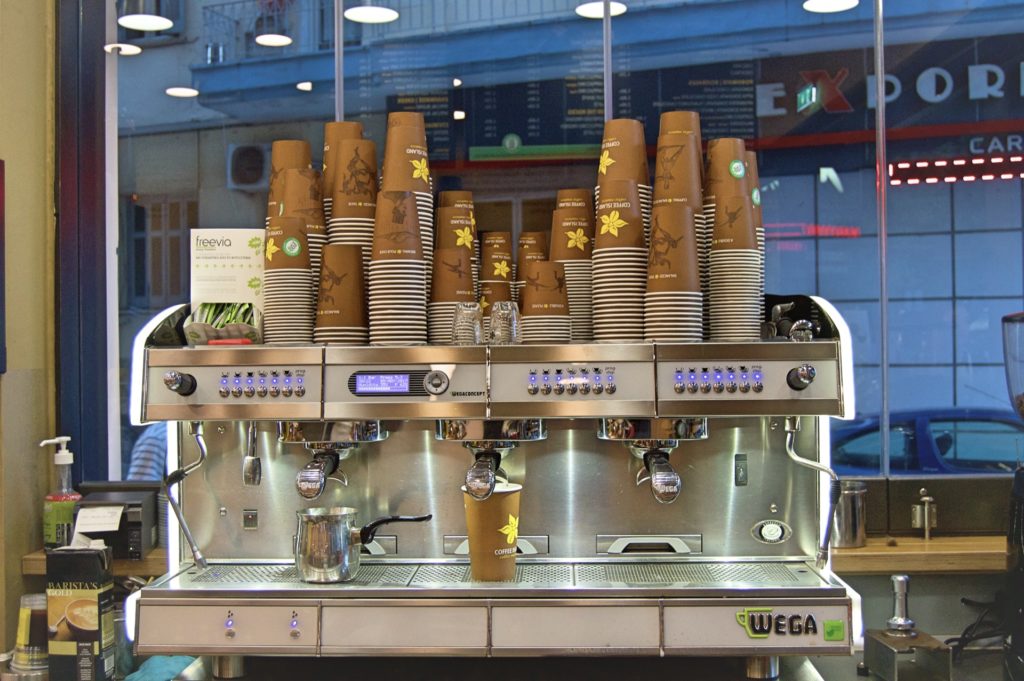 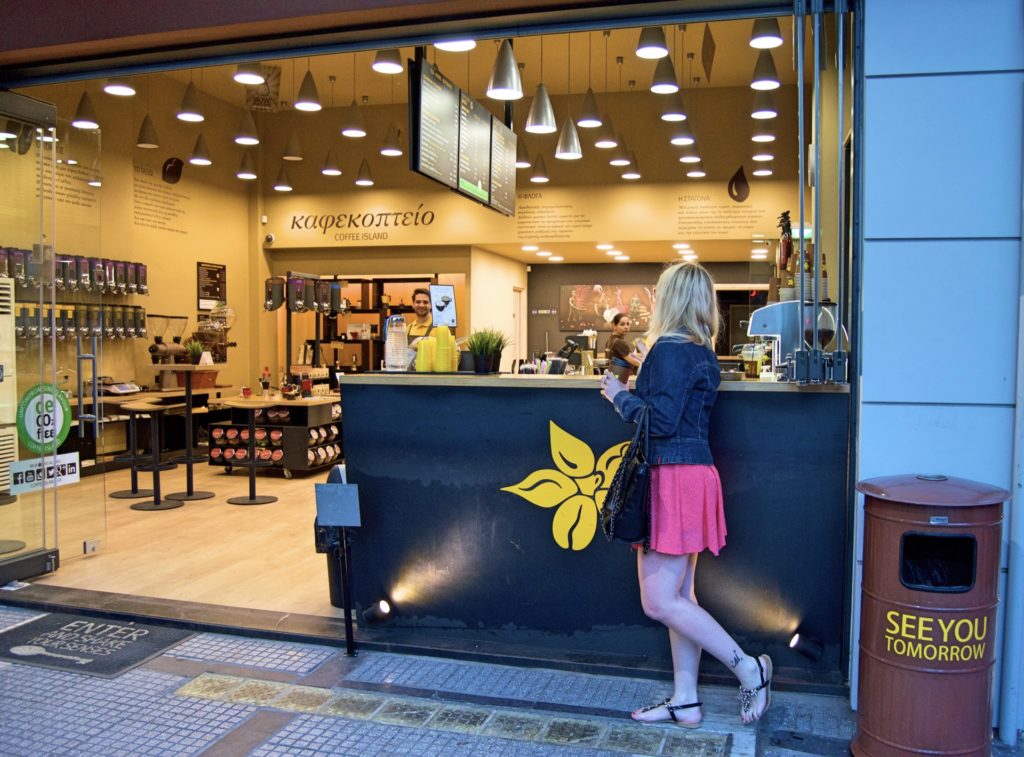 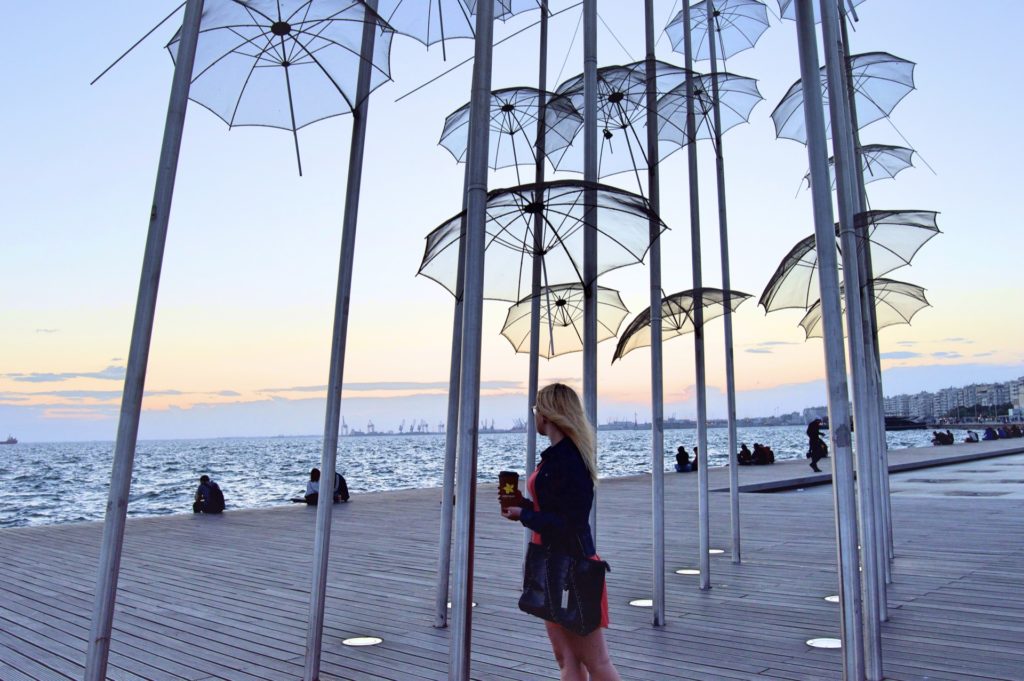 Spending time on the beach or strolling through Greek streets…

What is your Greek to go coffee – Frappe, Freddo Espresso or Freddo Cappuccino?