A region of Greece’s northern border, this is not a tourist hot spot. However, many tourists from Balkan countries are well known visitors passing through on their way to the seaside. Unfortunately, not many of them have decided to explore. I did. And I was happy that I felt more traveler than tourist.

About forty minutes away from Thessaloniki, just in the foot of St. George’s Hill, there is a cave of Saint George. 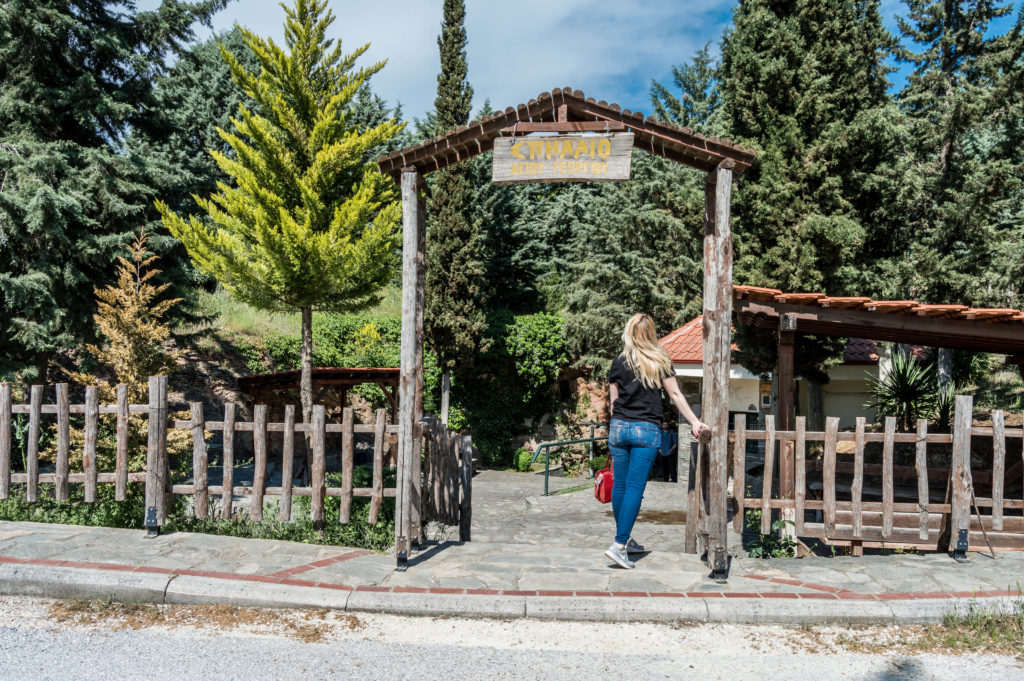 On the main entrance, I was welcomed by Vasilis Makridis, the official guide, but also the guy who was born in the area. Through his stories I learned that the cave was his playground, and he had luck that today its his working place. He told me that the cave was accidentally discovered around 1925 by quarryman George Pavlidis, only mapped in 1960, and explored officially in the 1970’s. But unofficially, much earlier- Vassilis carefully explored the cave and catalogued his findings throughout his early adolescence, before helping Anna Petrohilou of the Hellenic Speleological Society. 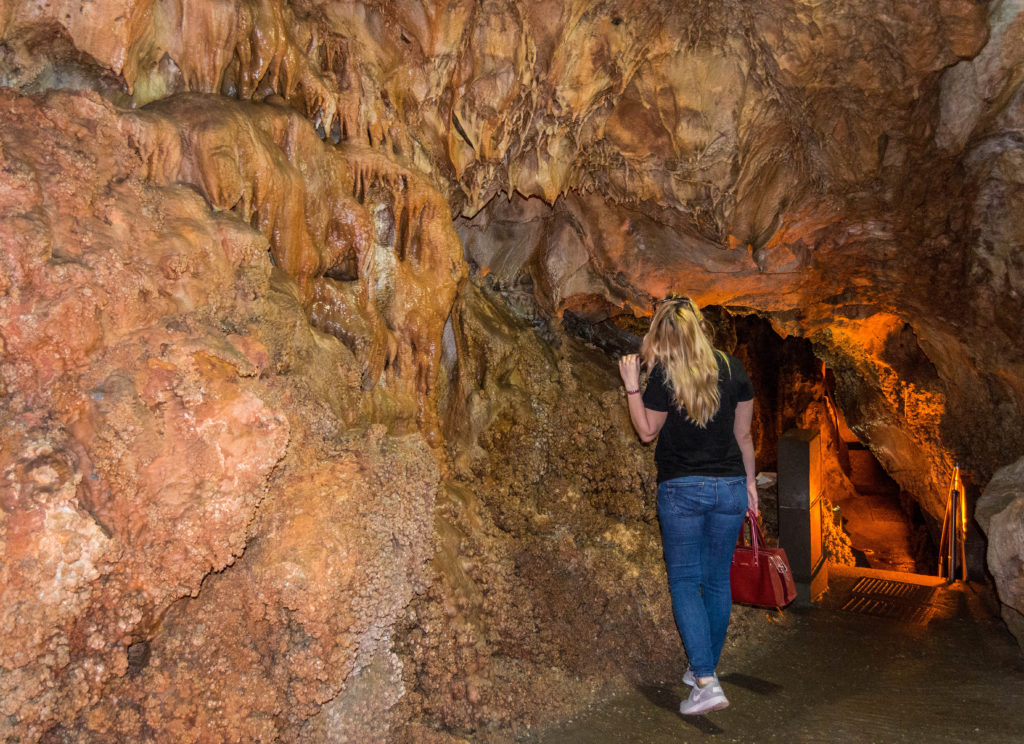 Greek caves are a marvel! And for the traveler seeks hidden beauty, you can’t get much more hidden than a cave. 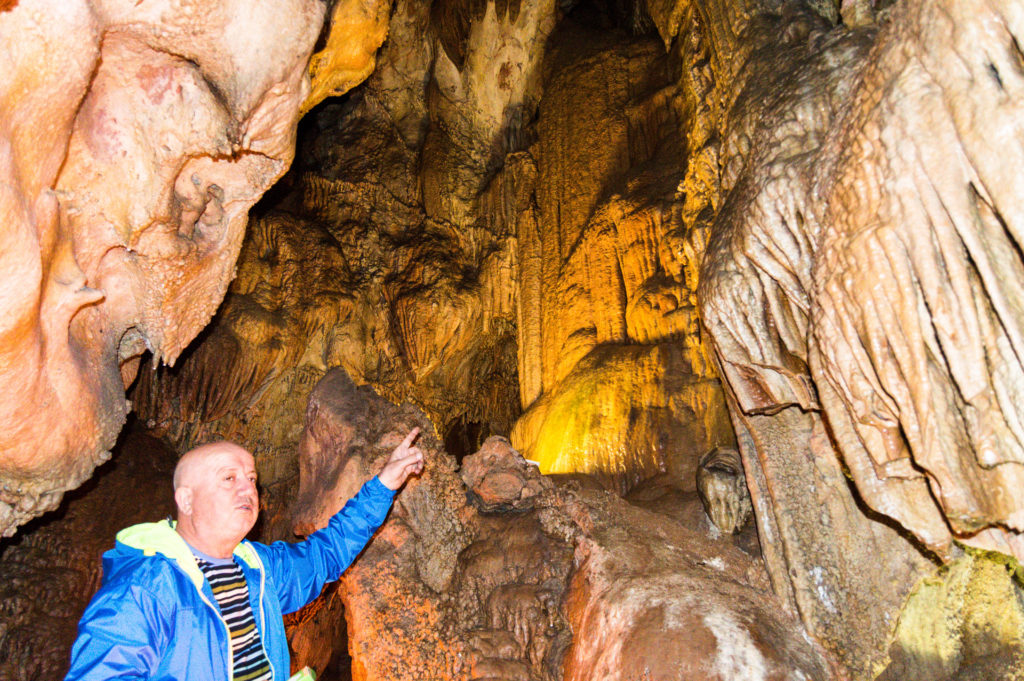 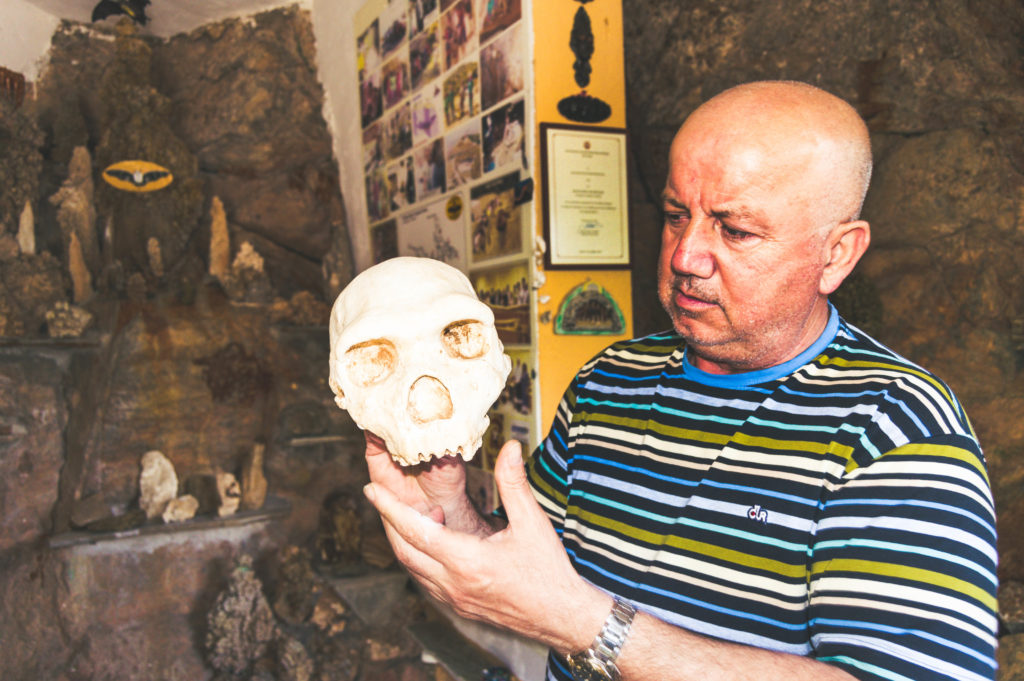 With Vassilis as guide, the cave is filled with the fresh excitement of discovery. After the small historical lesson, it transforms in the playground.  I couldn’t resist not to ask the questions such as anyone was able to oversleep here. The answer on this one was the negative one, due to the high humidity. The cave has six high spacious chambers and is full of markings, (like spot the fossilized animal): 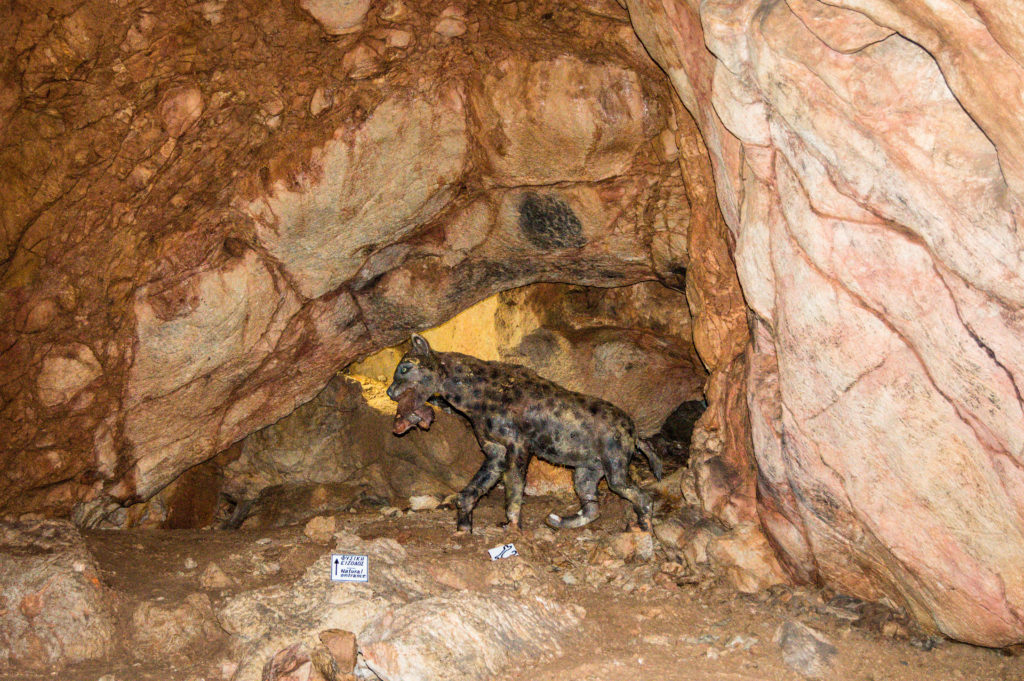 So if you are coming to the cave, just bring the comfortable shoes and let yourself to dive into the explorer spirit. It is not cold inside, actually the temperature is about 15-17 degrees. For a warm sunny days, it is like a perfect escape  excursion.

I have spent there about an hour. The entrance for the adults is 5 euros and for the children 2 euros. 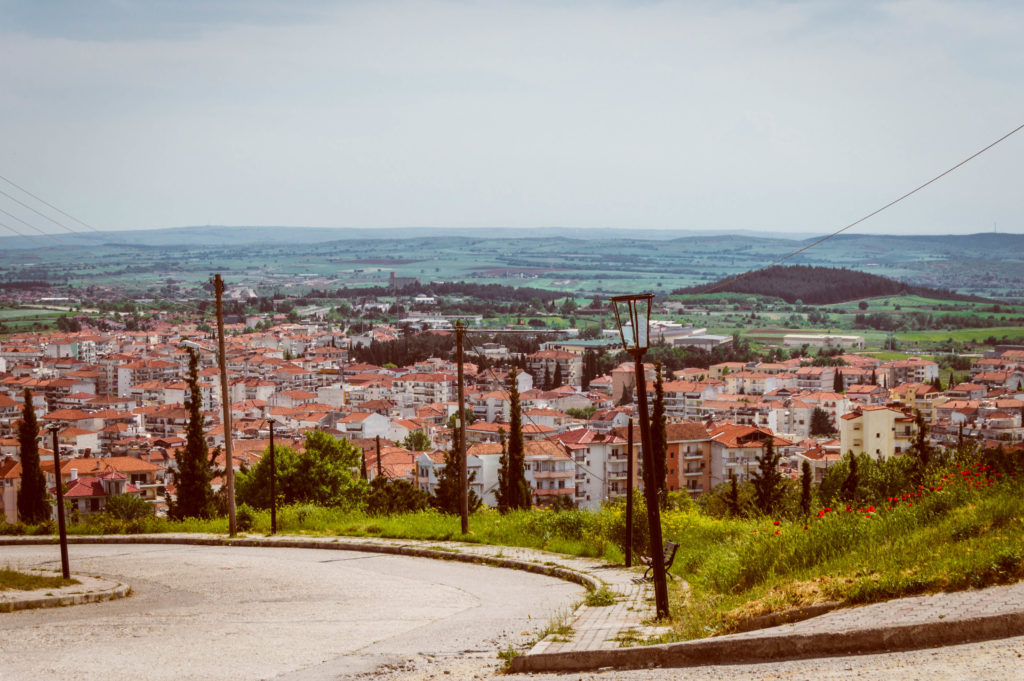 Just above the cave, on the hill, there is a church dedicated to the Saint George. The view from the church is magical.  Unfortunately the church was closed during my visit, but it didn’t stop me to sit in the shadow and relax for a moment. 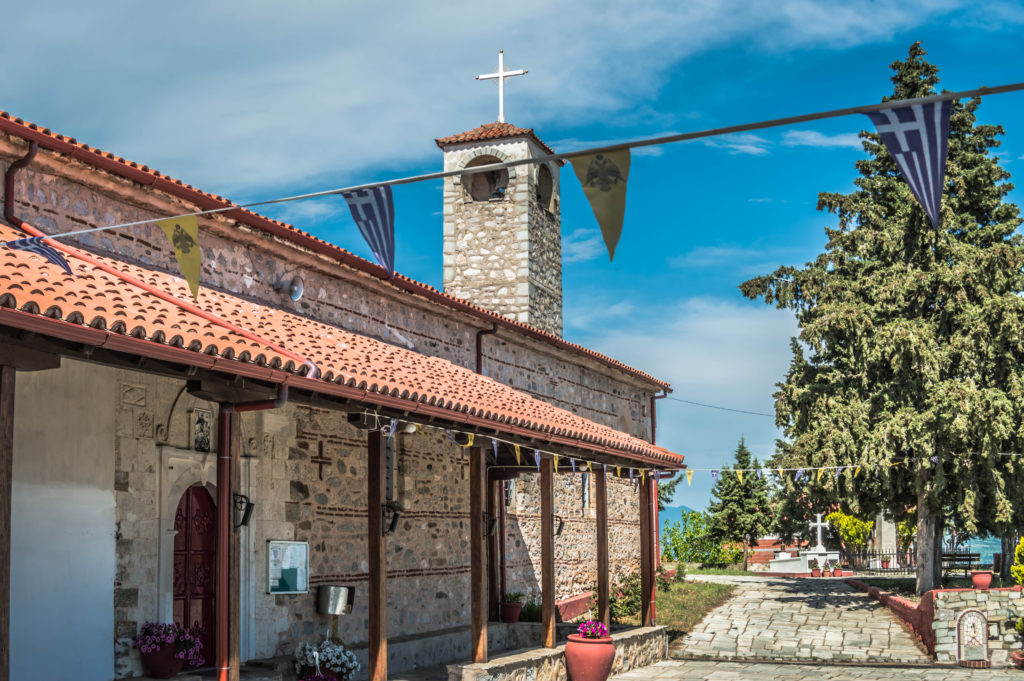 Now it came time to wake up that traveler explorer. 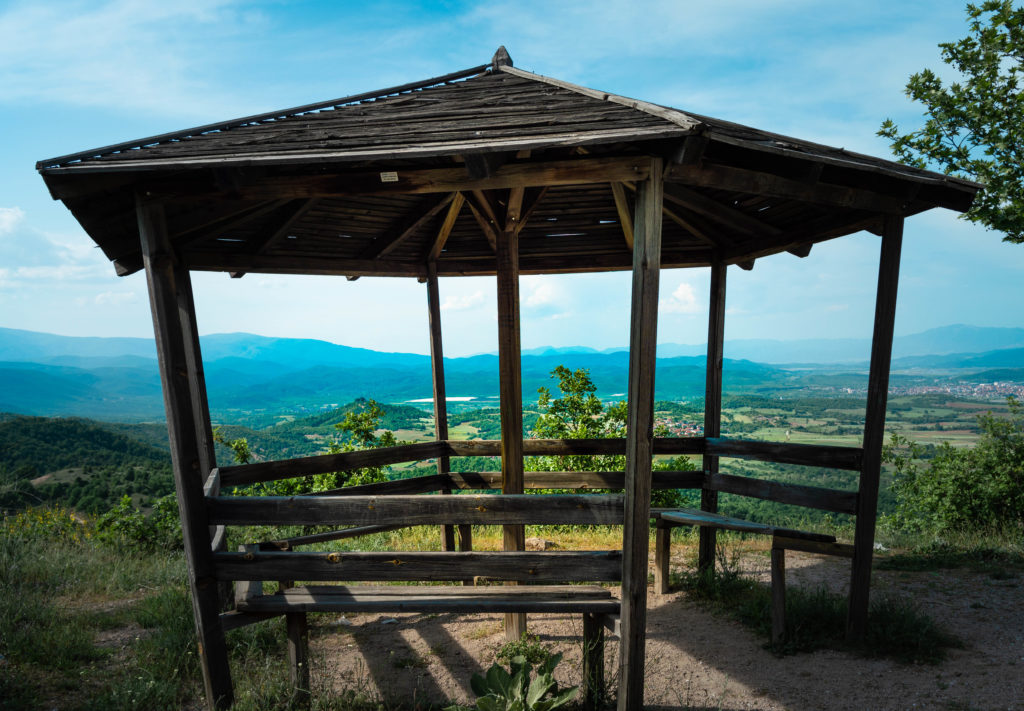 After passing the two small villages nearby the border with FYROM, we have arrived. It is almost one hour from the cave, but the trip is easy accessible and I was surprised that there are road tables everywhere in English. 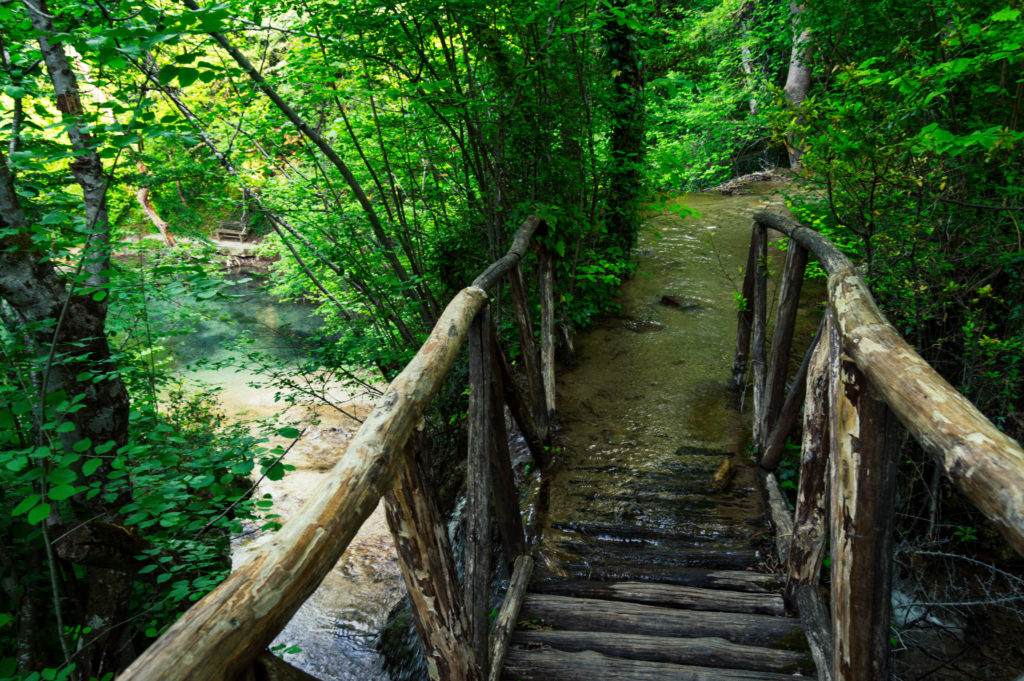 I remember that I saw the picture of the lake on Instagram and I thought that it is far away, not even bothering to ask for the place. A few months later, my boyfriend told me that he found a new place for my passion for taking photos. He was not wrong. This is an amazing place mixed with the rare beauty of nature and the turquoise waters of an ancient lake. 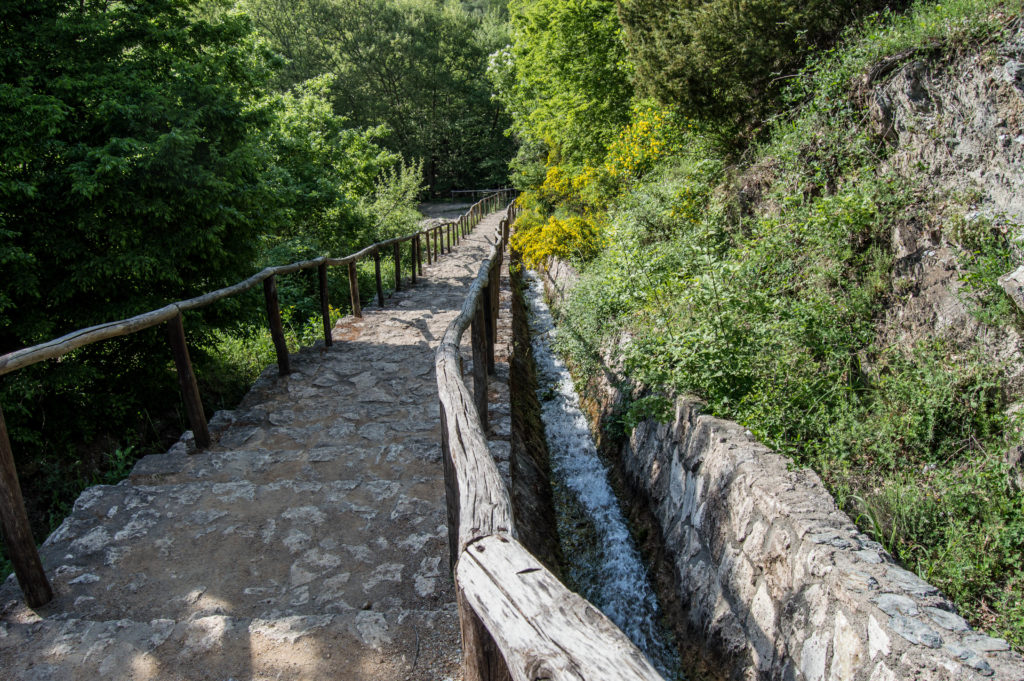 In order to reach the lake, you will need to hike through the stairs for a moment. As on this day, outside was warm, I really struggled but I made it! Guess that next time, I will have a bottle of water with me. 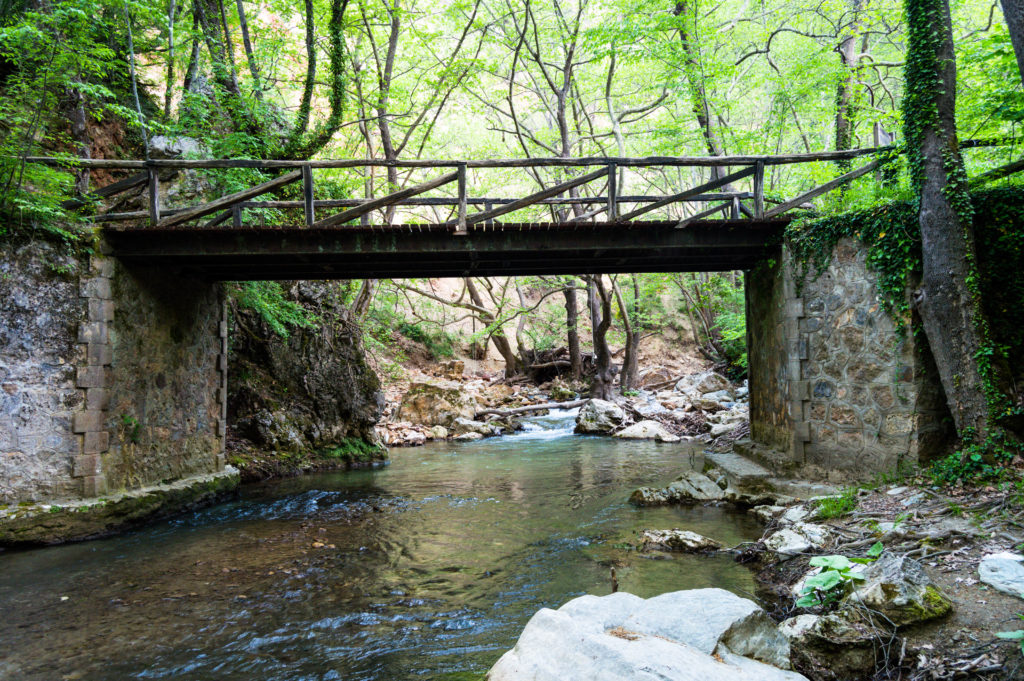 A little further on the path, I forgot about being thirsty and tired. I was stunned by the beauty of the small “Blue Lake” or “Emerald Lake”, which owes its aquamarine emerald color of the water to the calcified and fossilized organisms of its bottom. Continuing on the path, the vegetation thickens and the ground is steeper.  I heard that there is a second waterfall which I couldn’t reach this time.

If you want to learn more about Kilkis, you can check my other blog post from one day trip at this link.

During my overstay in Kilkis, I was a guest of Evridiki Hotel.

I am planning to be back there soon.

And you? Have you been there? Are you planning to go?