The weather forecast announced the rain but hey the rain cannot destroy my time at Kavala! Upon the visit on the tourist information centre, I got a planned day in front of me. Kiki at the tourist kiosk was so friendly and willing to help me as well as to answer me on various questions. 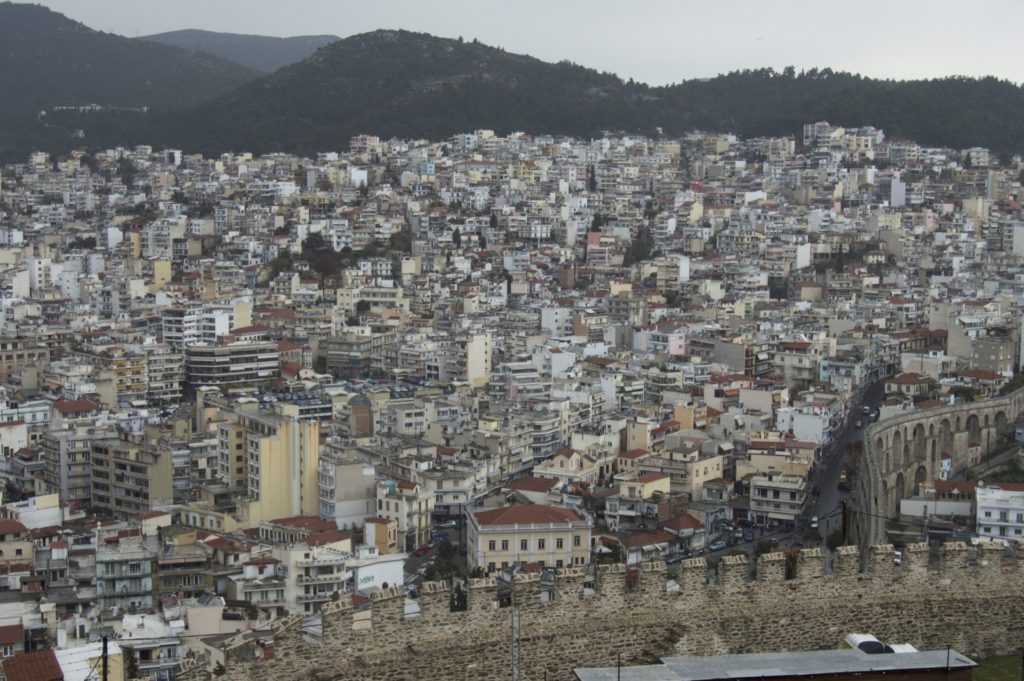 Camera around the neck, umbrella in one hand and maps in another hand – meaning that I am completely ready for a day in Kavala! 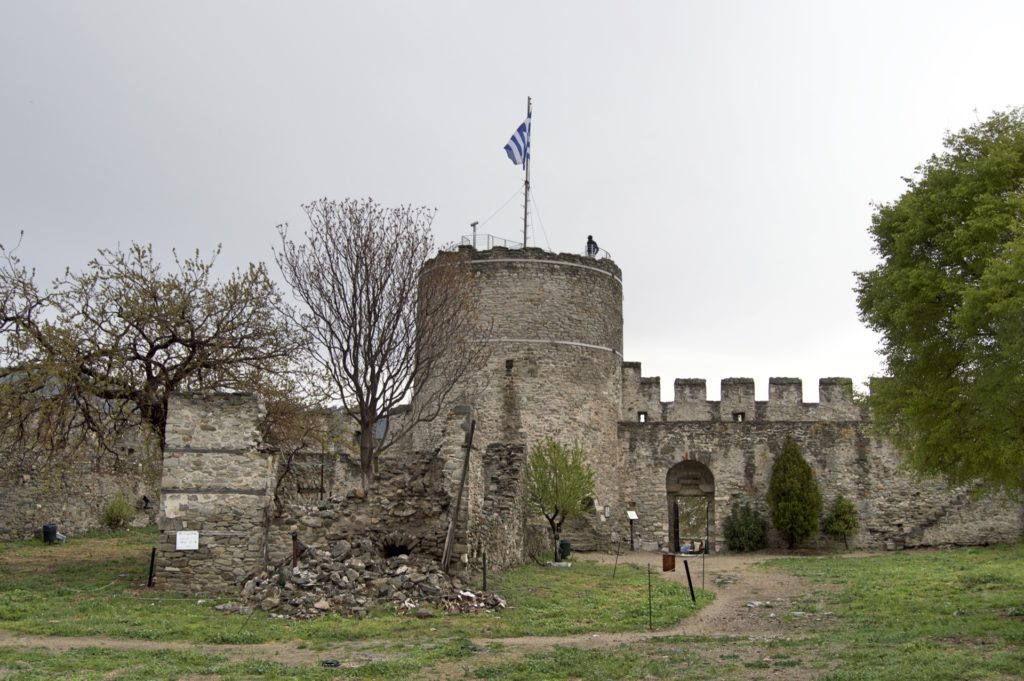 As it was raining, and there was a chance that the rain will become stronger, my first stop was the Fortress of Kavala. I learned that citadel of Kavala was constructed in the beginning of 15th century and that it was built on the remains of the Byzantine acropolis of Christopolis. This morning I have visited the outer enceinte where the open theatre is located as well as the cafeteria for visitors. Even though I wanted to sit there and enjoy the view drinking coffee, the explorer inside was calling me to learn more things! 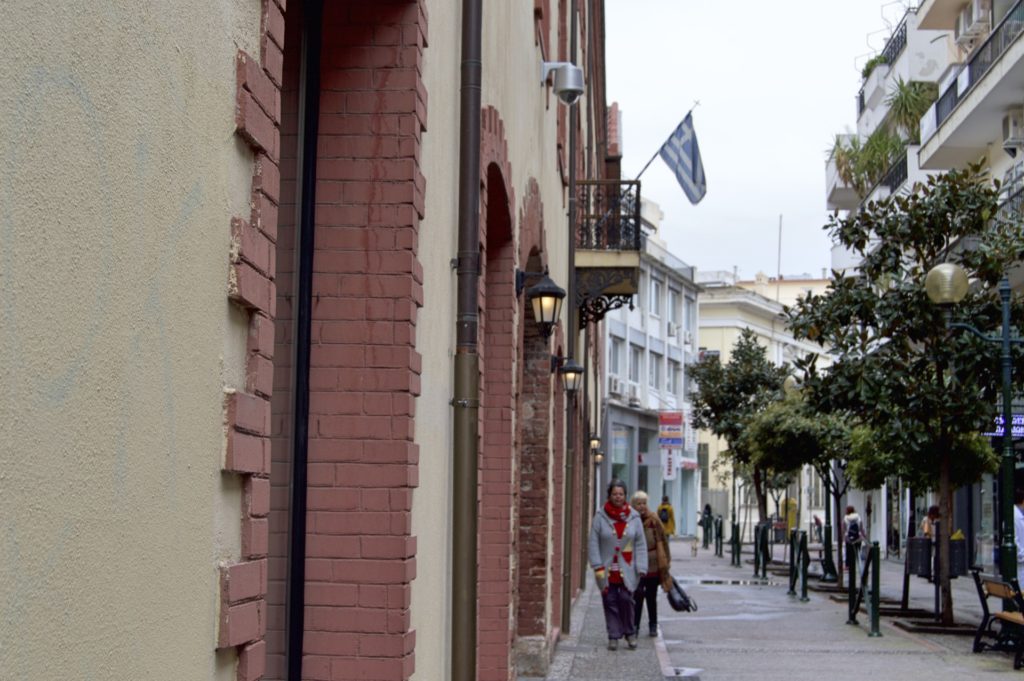 The map suggested to walk towards the Town Hall, following the pedestrian zone and then after the fascinating Municipality building to go right. On the way to the Town Hall, I learned that Kavala has two main streets for shopping addicts. The first one is at Venizelou and the second one at Omonia street. One more positive thing is that here you don’t need to use car or taxi, everything is pretty close, and the architecture of the buildings will capture your attention for hours. It was the reason why my walk which was supposed to last 10 minutes lasted for more than 30 minutes.

And here we are! The Tobacco Museum of Kavala is one of the best-equipped tobacco museums in Europe and undoubtedly from my experience one of the most interesting and educational museums I have visited so far. I guess that the tour wouldn’t be the same without an amazing lady from the museum. 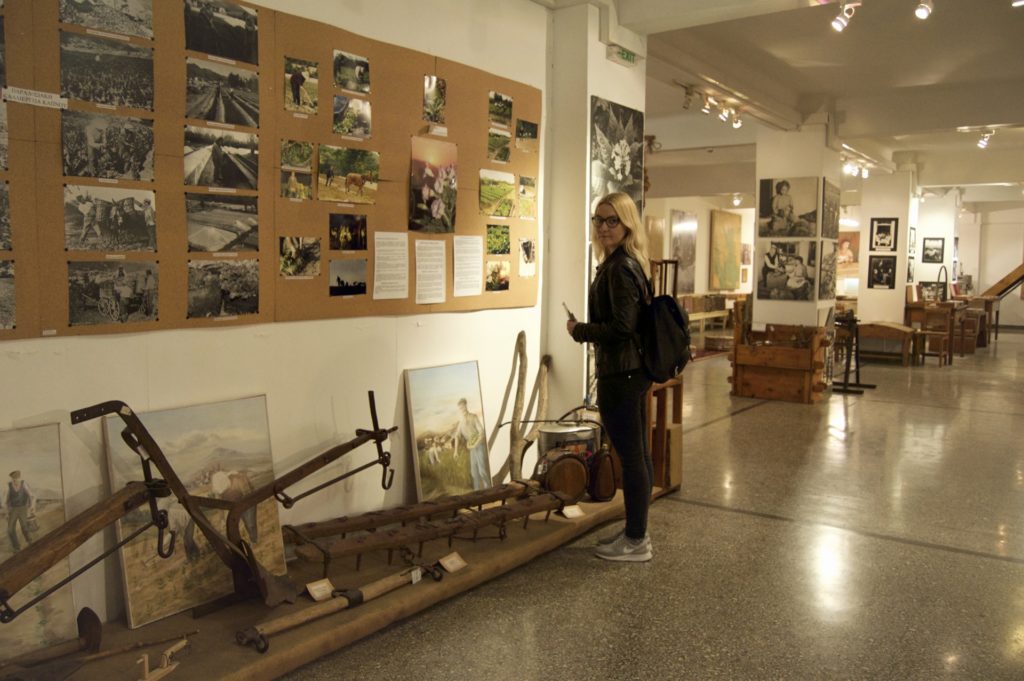 The story started with the agriculture processing. Did you know that tobacco leaves were collected mostly during the night? Or that the whole family including the children were involved in collecting the leaves? I also learned that in the tobacco factories were working mainly ladies as they were being paid less than men. However, in 1986 the first strike of the tobacco workers takes place and in 1906 the first Tobacco Workers Union was created. All these years the tobacco workers fought relentlessly which led to the improvement of their working conditions

After the industrial revolution, there was a change in the processing of tobacco forced by foreigners in order to reduce costs and to change the labor relations. Undoubtedly, this had a huge influence on the city.

In Kavala existed nearly 161 tobacco warehouses. Many of them were built along the coastal road, as it was easier for the commercial packets to be carried to the ships.

What did I learn in the museum?

Tobacco production has 4 stages. The first one is sowing the plant into small containers.After a few months, the next stage takes place , when the plant is transported into the field. The picking harvesting takes place in the early morning hours so that leaves preserve their moisture and do not break. The third stage starts when the producer carries the leaves into the warehouse. The whole families are stitching leaves with a needle in a thread and they form strings of about one and a half meters long. Those strings are left to dry under the sun in the fourth stage. The last phase is called “pastaliasma”. Producers put the leaves one on top of other in accordance with the size, color, quantity forming the traditional round so that leaves can keep only necessary moisture. And after that, the leaves are put in the boxes “or” packages for commercial use.

The uniqueness of the Tobacco Museum is not only that contains and exposes the commercial processing of oriental tobacco (not like any other museum in the world), but that it is a technology museum that brings out the social history of Kavala. 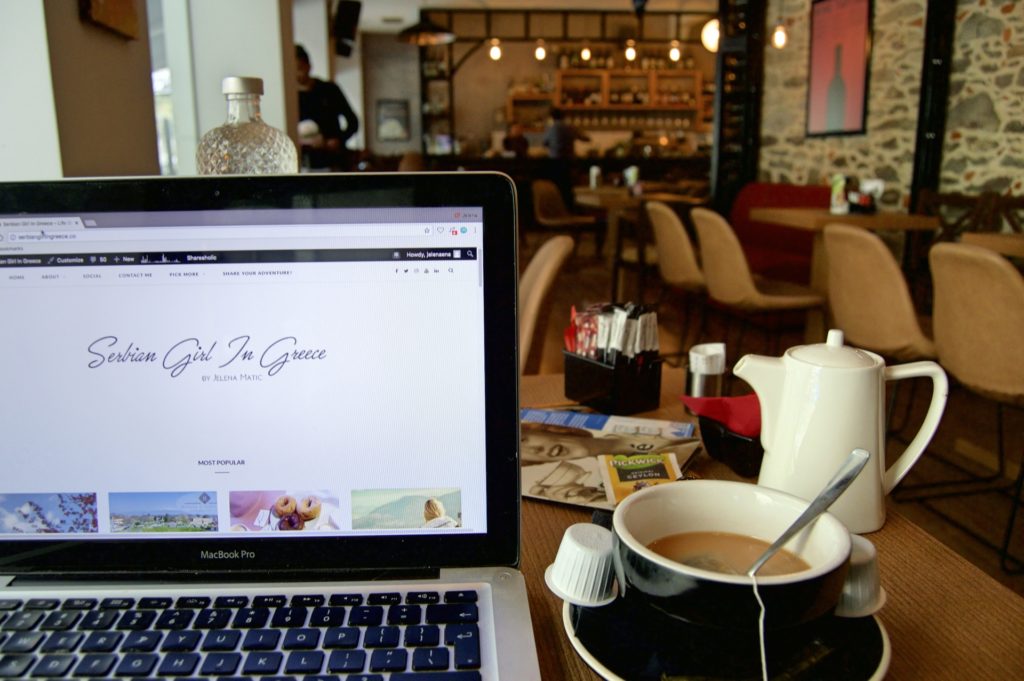 I spent about one hour in the museum discovering the world of tobacco. Every picture or exhibited sample has its description in Greek as well as in English, but people working in the museum were so friendly and definitely without them this experience wouldn’t be the same! I found that this museum is MUST VISIT during the stay in Kavala, and now there is nothing more to say that it was worthy of my time!

Have you been to this museum before? Let’s have a coffee to summarize our impressions! Tomorrow is a new day and a new adventure in Kavala!