Do you believe in love at the first sight?

Ok, you don’t need to answer me now. You can do it at the end of our story today. February is month designated to love so I have decided to spend the Valentines day discovering the love stories of this city. If you like fairytales, Queen Olgas Street in Thessaloniki would be your dream destination! Even though the time was not gentle towards many amazing artistic buildings, in the so-called “Exohon region”, some of the villas are still in use.  The stories behind them would leave everyone speechless.  Do you remember our visit to Villa Modiano? 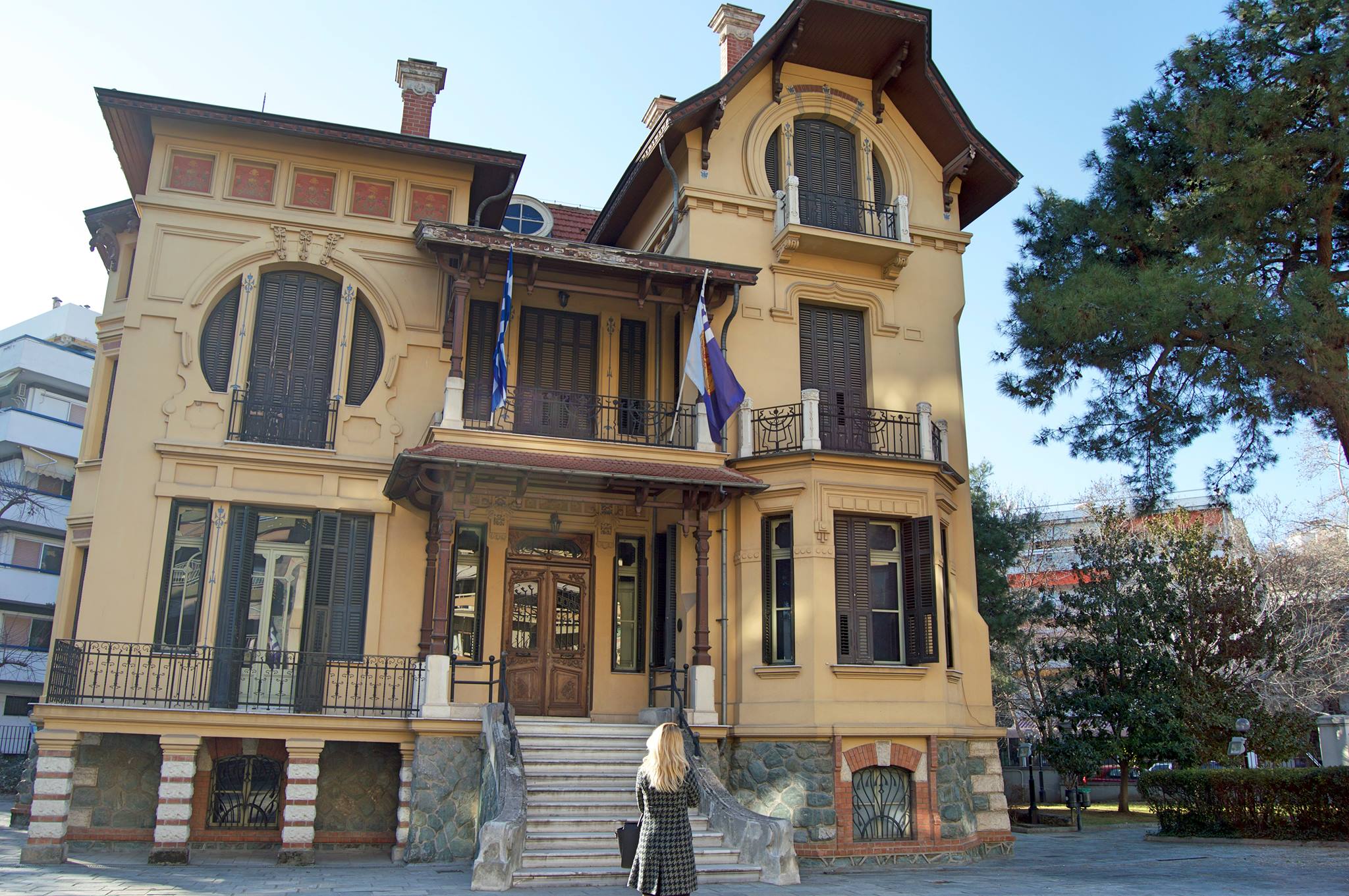 I couldn’t resist keeping the story about Greek Romeo and Juliet for myself so I had to visit Villa Bianca.  The villa was built between 1911 and 1913 as a residence of Diaz family. Dino Fernandez Diaz was the son of David Fernandez and a well-known factory owner. He was an Italian citizen and an outstanding member of the Jewish community of Thessaloniki. The house took its name from his wife’s Bianca as it was a wedding gift to her. 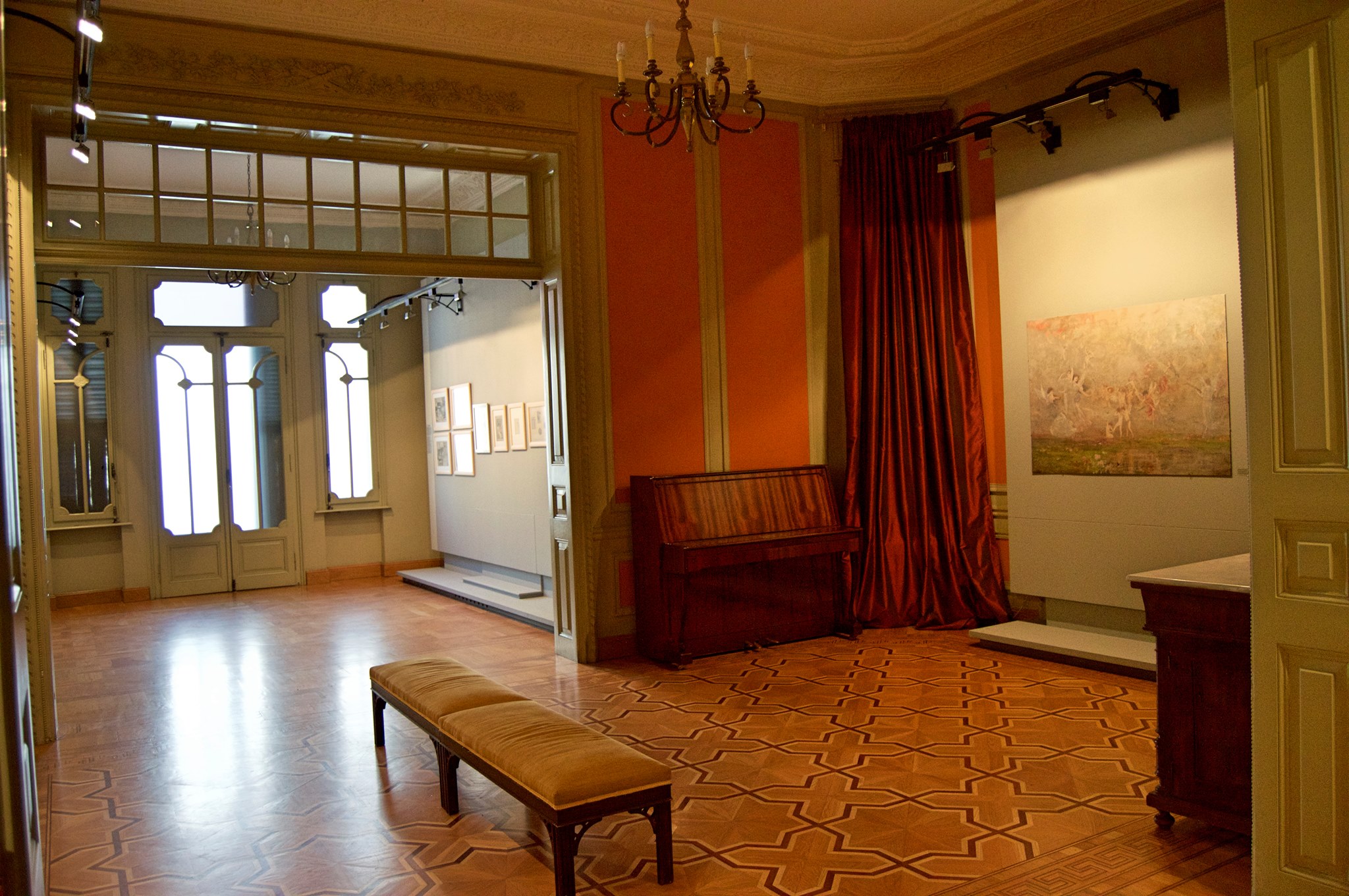 Villa Bianca is one of the finest examples of eclecticists architecture in Thessaloniki.  Baroque, Art Nouveau and Renaissance influences can be easily distinguished while the lack of symmetry on the front side of the building adds an eye catching feature.

The interior of the building must have been decorated with great luxury, respective of their privacy. A friend of Diaz family, Mr Assael, who grew up in this neighborhood, remembers when once in 1971 had entered the villa – a marble bathtub in the bathroom with a golden fountain fish-shaped ornate parquet floors and siderocyte radiators with elegant floral designs. His father, Mr. Assael had also memories of Fernandez, dressed in the appropriate uniform, enjoying horse riding by Karabournaki or memories of their children playing in the yard with the care of a French nanny. Diaz couple had three children: Aline, Nina, and Pierre.  At the time of family Diaz, Villa Bianca was famous by its magnificent family celebration events which were visited by all important people in the city. 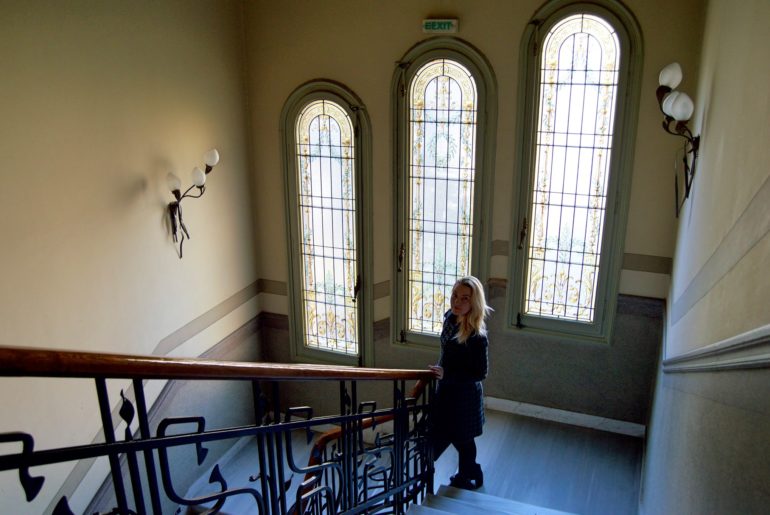 As I said before its Greek version of Romeo and Juliet. 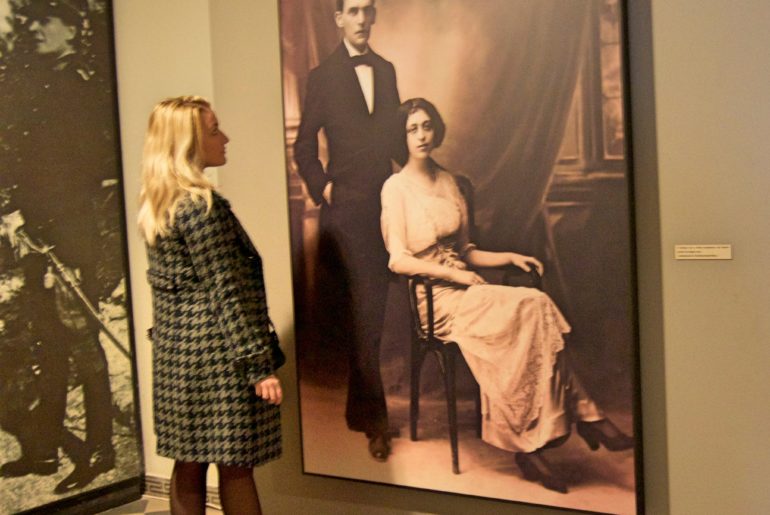 Dino’s daughter, Aline, had a controversial relationship with Spyros Alibertis, captain of the 7th battalion of the Greek Army.  They accidentally met at the city’s tram and it was love at first sight!  Their relationship shocked the city’s conservative society as a marriage between them would require Aline to be baptized. As you can guess, Aline’s family didn’t want to accept this. Since Aline was a Jewish and Spyros Catholic,  their romance became a huge social scandal! Not having any other option, after receiving a very emotional letter from Aline, Spyros decided to secretly take her to Athens where they got married. After the situation calmed down, these love birds, have returned to Thessaloniki but soon after that, they have moved to Paris. 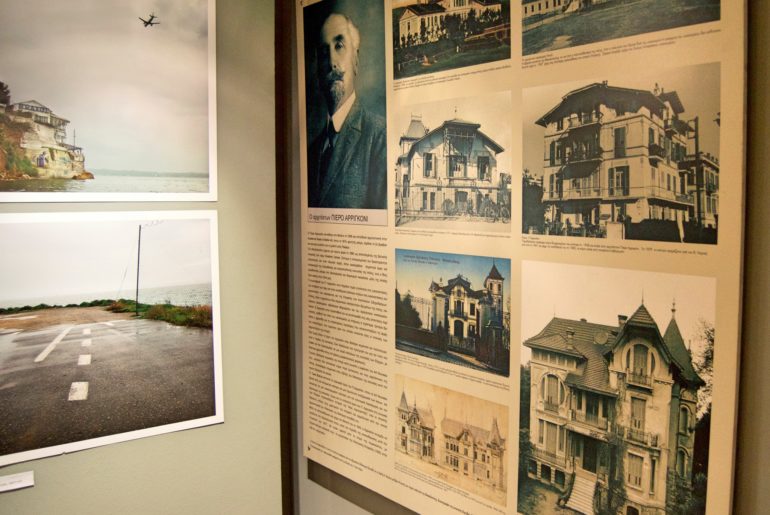 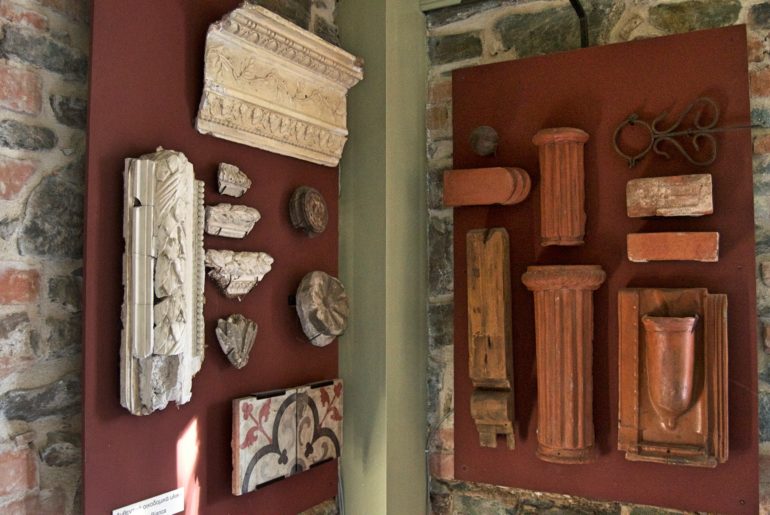 During the Second World War, the building was commandeered by the Italians and a part of it was used as the residence of the Italian Ambassador in Thessaloniki. Unfortunately, when the Germans invaded Greece they took control of the entire house.  As many other Jews, Fernandez Diaz family tried to escape in Italy but they didn’t have luck as they were caught and executed on their way by German SS troops. After the war, Aline and Spyros returned from France and found a house to be completely demolished. As the first floor suffered the least damage, they decided to stay there. This couple whose love became a signature of the modern period of Thessaloniki has lived in Villa Bianca until their death in 1965. 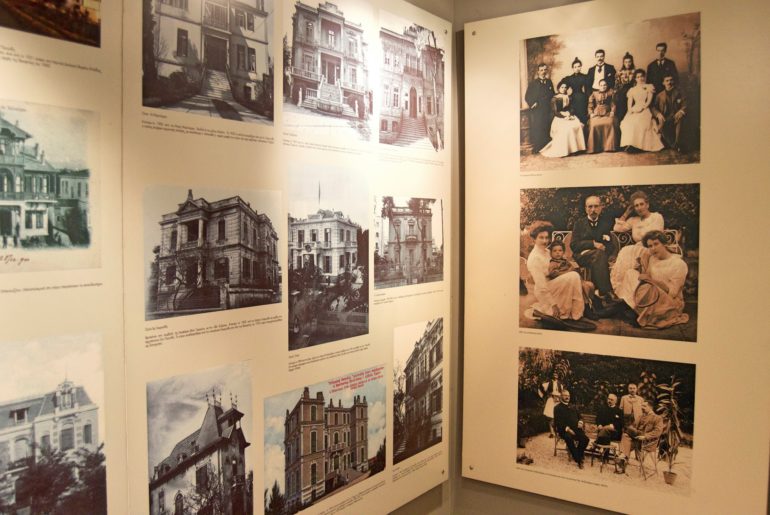 Today, Vila Bianca is the Municipal Art Gallery of Thessaloniki. On the first two floors, you will be able to see one of the masterpieces from Byzantine icons, engravings and other works of art. I almost missed seeing the exhibition about Diaz family which is placed in the basement. Indeed, I would like that there are more things from their period, furniture, or stories about them but… I lived their love story at least for one afternoon! 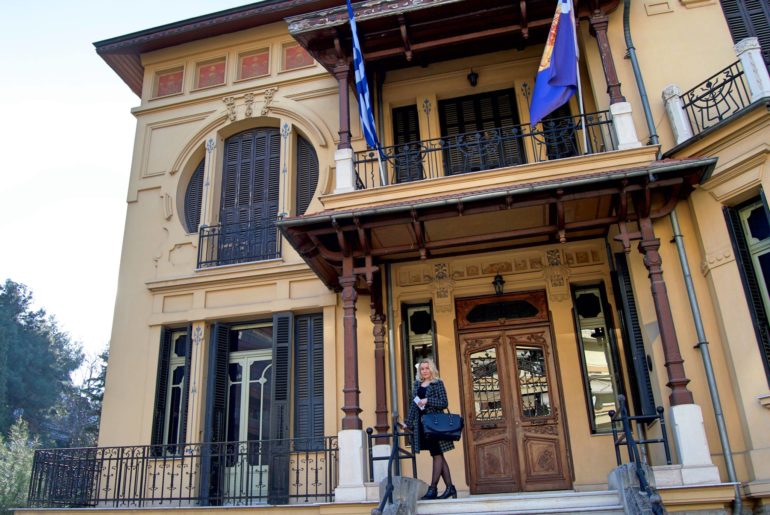 So guys, do you still believe in love at the first sight? What are the craziest things that you have done for someone? Do you care about others’ opinions or you are making your own decisions led by heart?

After visiting Villa Bianca and being able to meet the story about this family, I fell in love even more with Thessaloniki. Diving through culture and history one more time…  Ah! This Scandal of Love in Thessaloniki! There is no better way to spend this Valentines Day!