Do I need to tell you how much I love the architecture of Thessaloniki? These diamonds standing in Vasilissis Olgas street? Every day after the school I would pass there and stare at them, trying to read their stories. I believe that in the past they were even more magnificent! 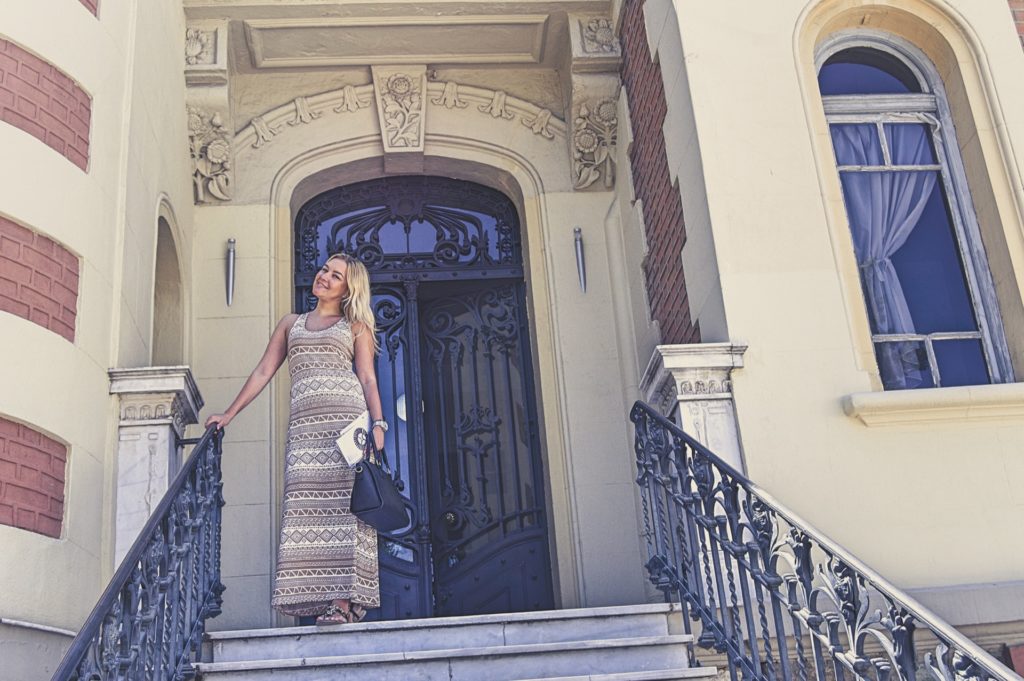 Finally, after months of planning, I did it! Vila Modiano was residence of Jewish banker Jaco Modiano, and actually I learned a lot about it reading Thessaloniki City of Ghosts book which I truly recommend.  There I learned that at the turn of the 19th/20th centuries, a great part of the main centre of Thessaloniki was bought by two of the wealthiest Jewish families of the city (Kapantzi and Modiano). Leading by dark events in history, 50.000 Jews were deported and by the end of 1943. no Jews were left in the city.  All that was left of their rich and glamorous history was to be found in empty houses. 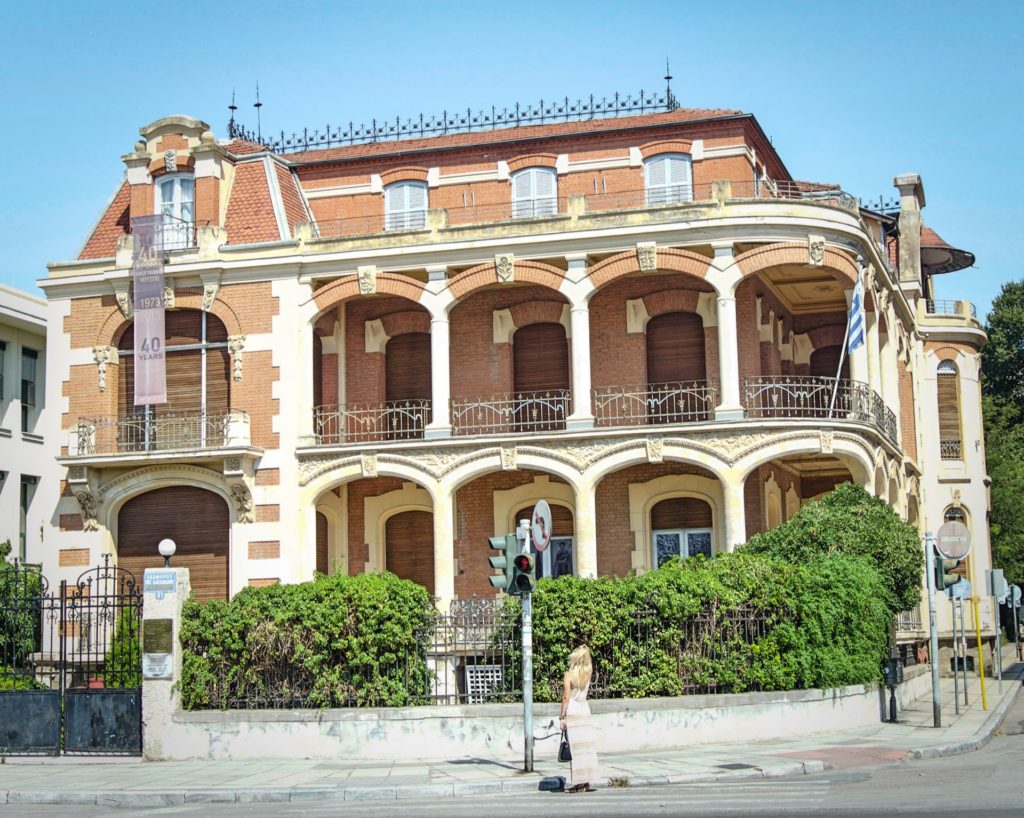 Today beside the magnificent exterior of Villa Modiano, inside of the building you can find Folklife and Ethnological Museum of Macedonia Thrace. I went on Saturday, the day when they are open from 9-3.30pm and at the entrance I was welcomed by talkative curators. Honestly I didn’t expect them to  be so much friendly and willing to describe me every little detail. 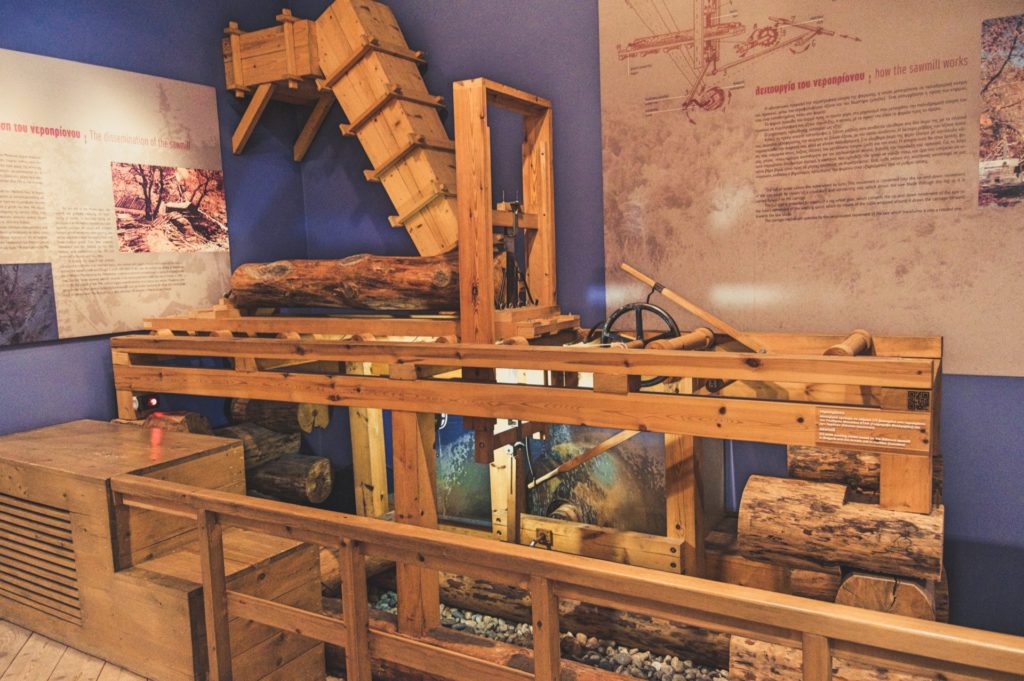 The first floor is dedicated to the agriculture and windmills. I know that topic doesnt sound so interesting but after you watch a short movie you will be more interested in it. 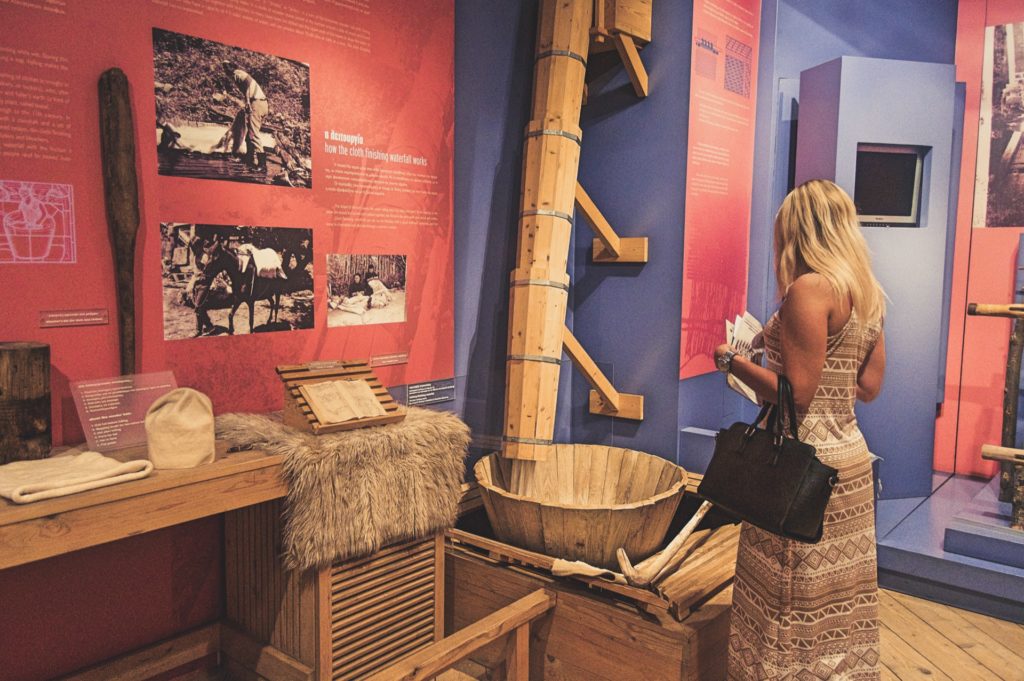 I learned the way how old Greek ladies were washing their clothes in the past. And had opportunity to try as well 🙂 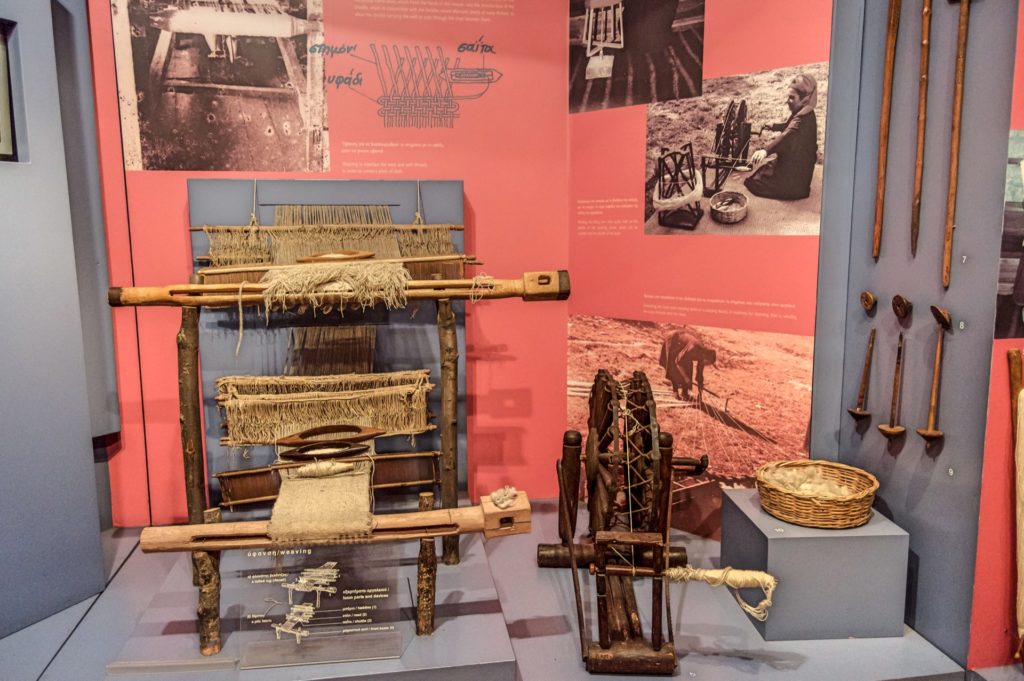 But also the way how they were sewing the clothes, and making the waterproof materials! 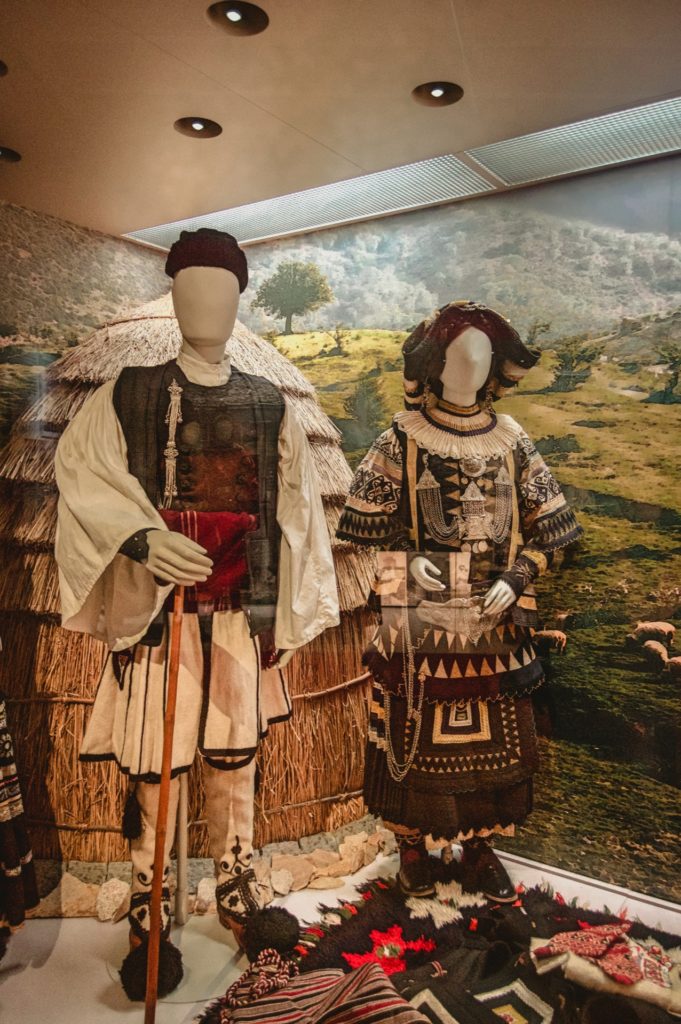 The second floor is like time machine. You can see traditional costumes of Macedonia and Thrace in the period of 1860-1960. But do not miss to pay attention to the walls and windows of the building! I would really like to be able to see the original interior and live the story of Modiano family. Buildings like this one can make my day! 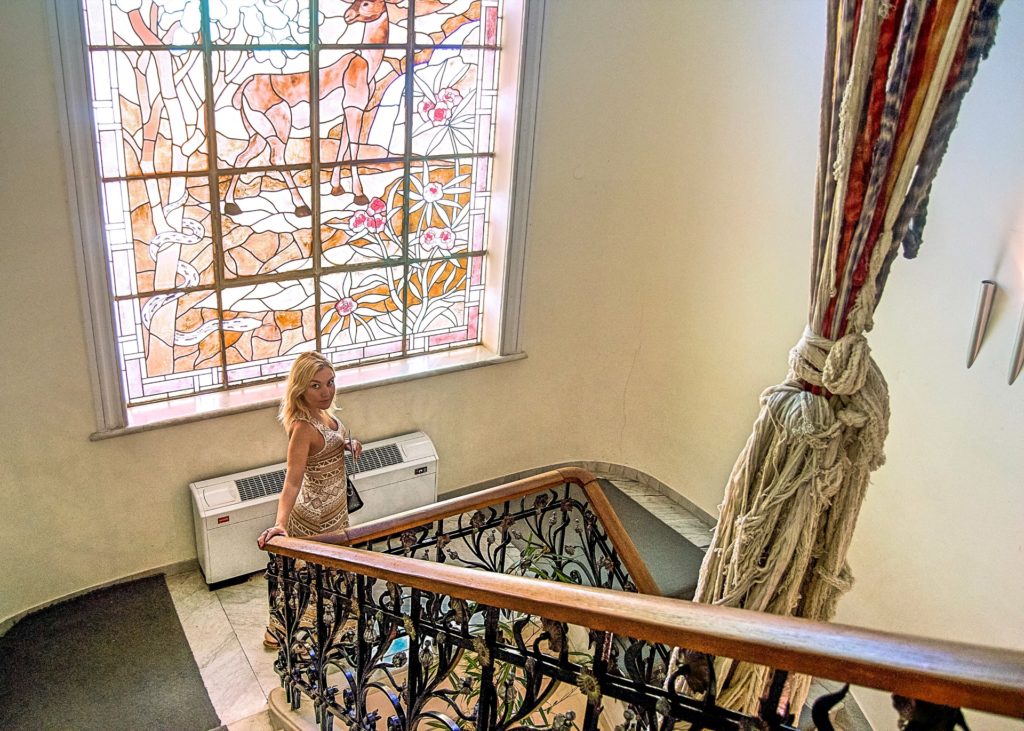 Does this house reminds you of some romantic movie? It does for me! Let me know on which reminds you in the comments below. 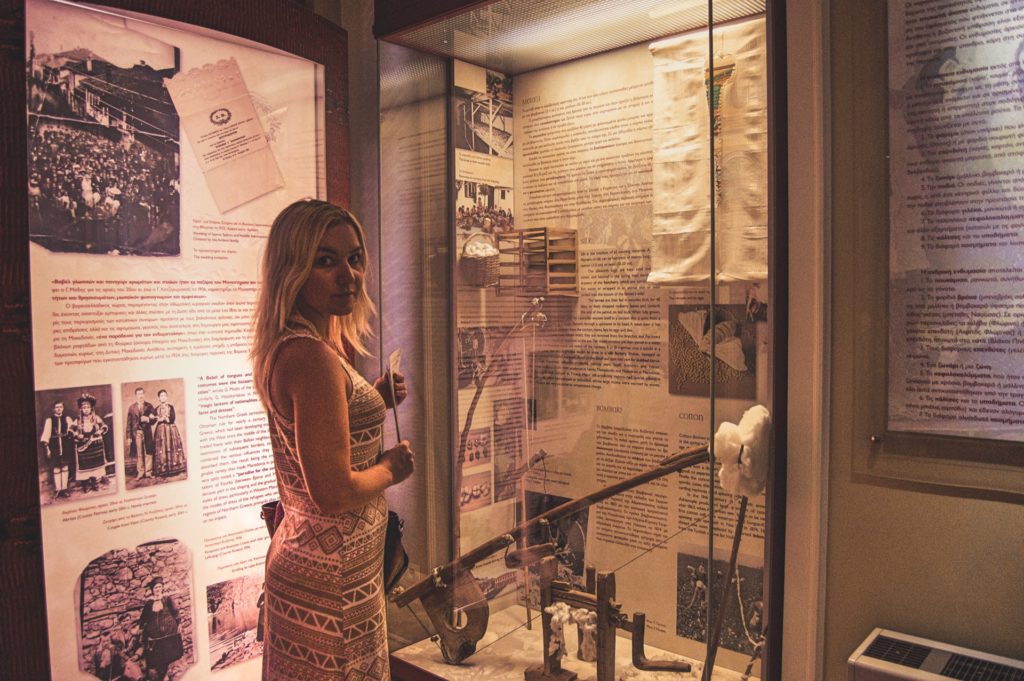 However, traditional costumes clothed and ornaments could tell many stories about the people. For example the married girls would be dressed in different way than single ladies or remarried ones. 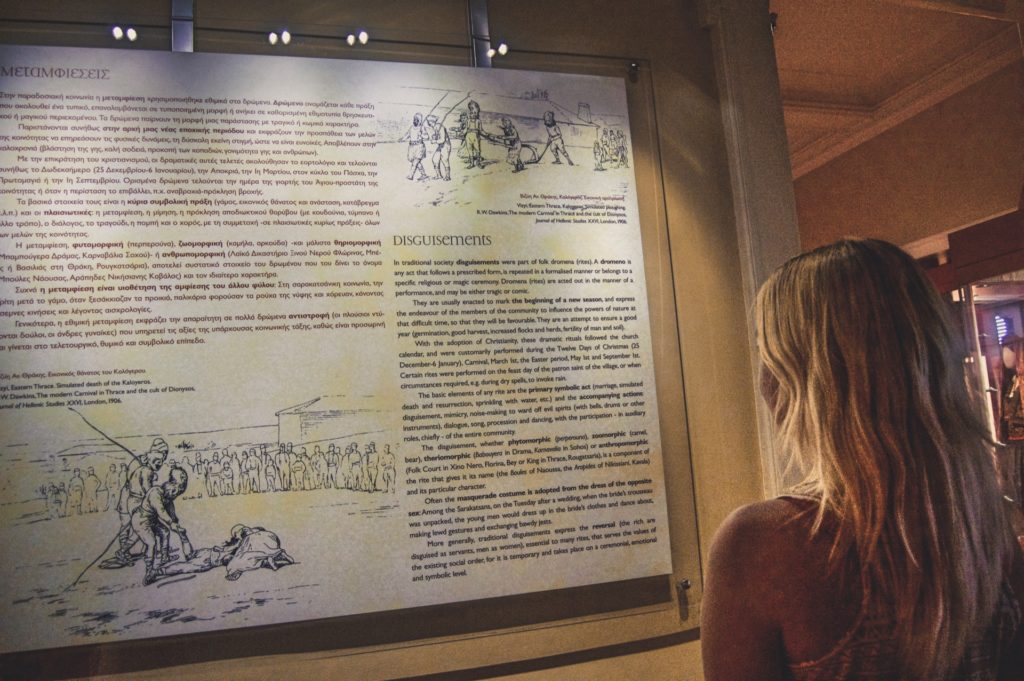 Stories. The most interesting part of exhibition is one about traditions. In Naoussa, there is the custom of  “Janissaries and Boules. It is the custom in which only young bachelors take part. Boula is called the person who is dressed in traditional female costume and represents a bride, while yianitsaros is called a kilted warrior with a sword and mask on the face. Yianitsari would move from house to house forming a group or bouloukia, each with one or two boules and including younger boys without mask in training to be yianitsari when they get older. With the permission of the Mayor they would go all over city, dancing to traditional patriotic songs. In the evening they would take off their masks, continuing to enjoy drinks.  This festival or carnival of Naoussa is today famous all over the world. Every year many tourists are visiting this city in order to participate in the carnival. 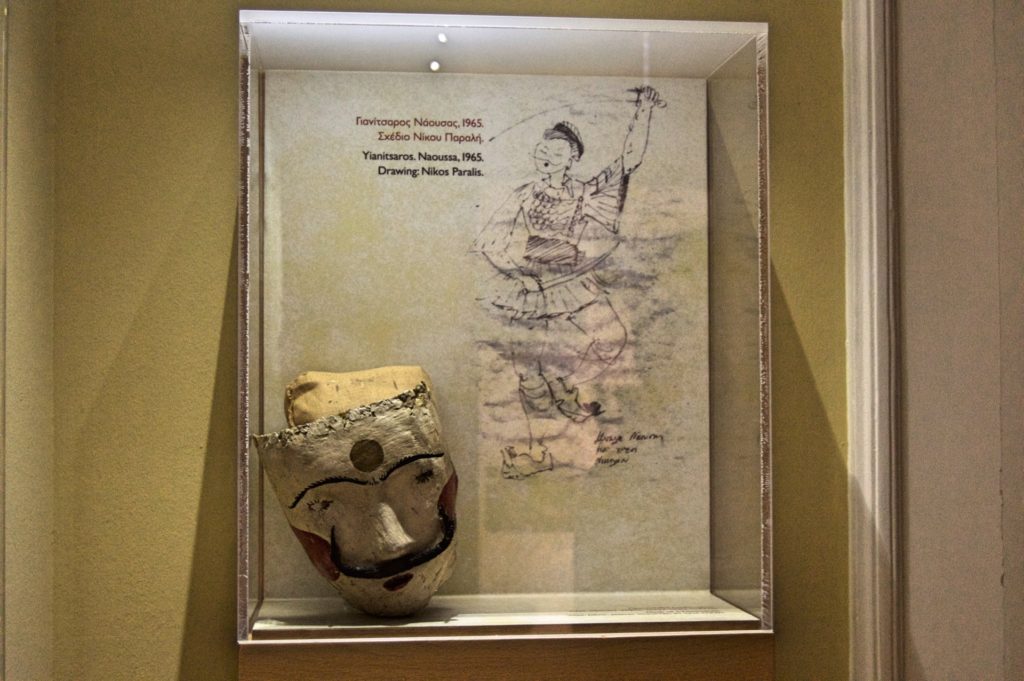 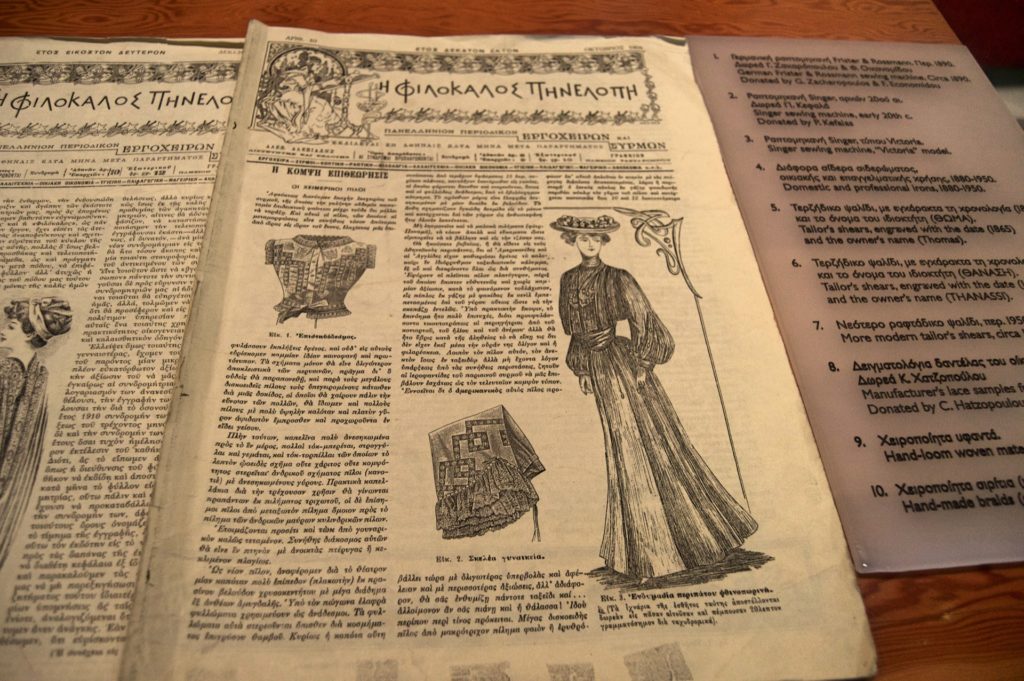 Another lovely corner of exhibition is one about fashion! Here you can find the old newspaper articles and get a track about popular cloth pieces in the past! I wouldn’t mind to be back in that times! 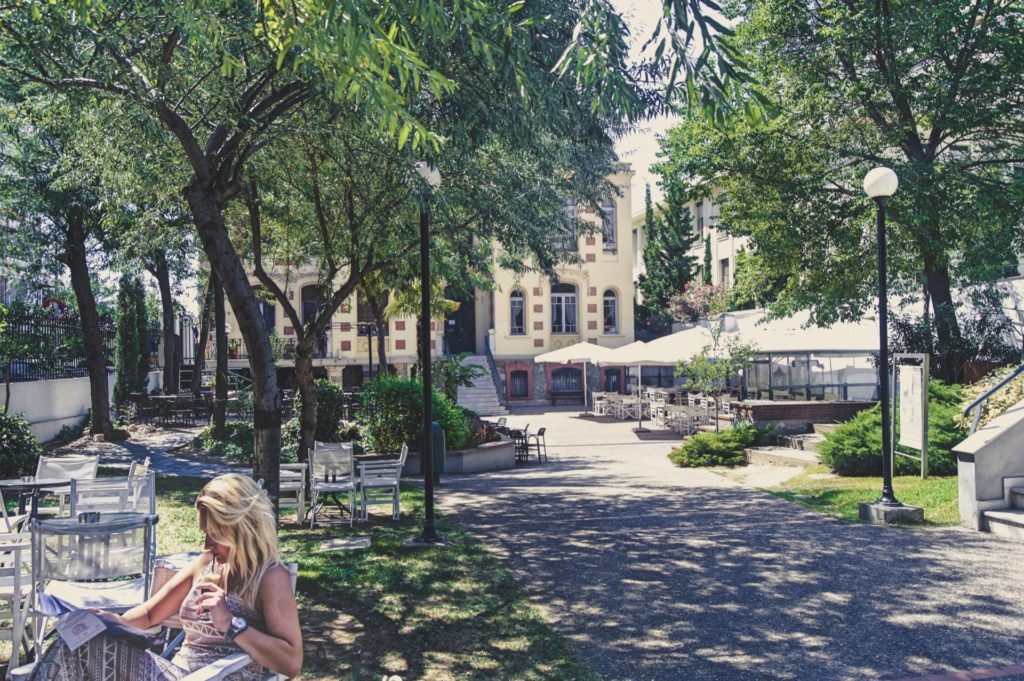 After visiting the exhibition I decided to have a coffee in a garden of Villa Modiano and enjoy its atmosphere for a bit more. If you are searching for a place with the shadow, where you can casually enjoy time with your family or friends, and at the moment hide from the burning streets, this is the perfect place. Hm… I would like that I was  able to enjoy a bit more time here but…  the clock is calling! 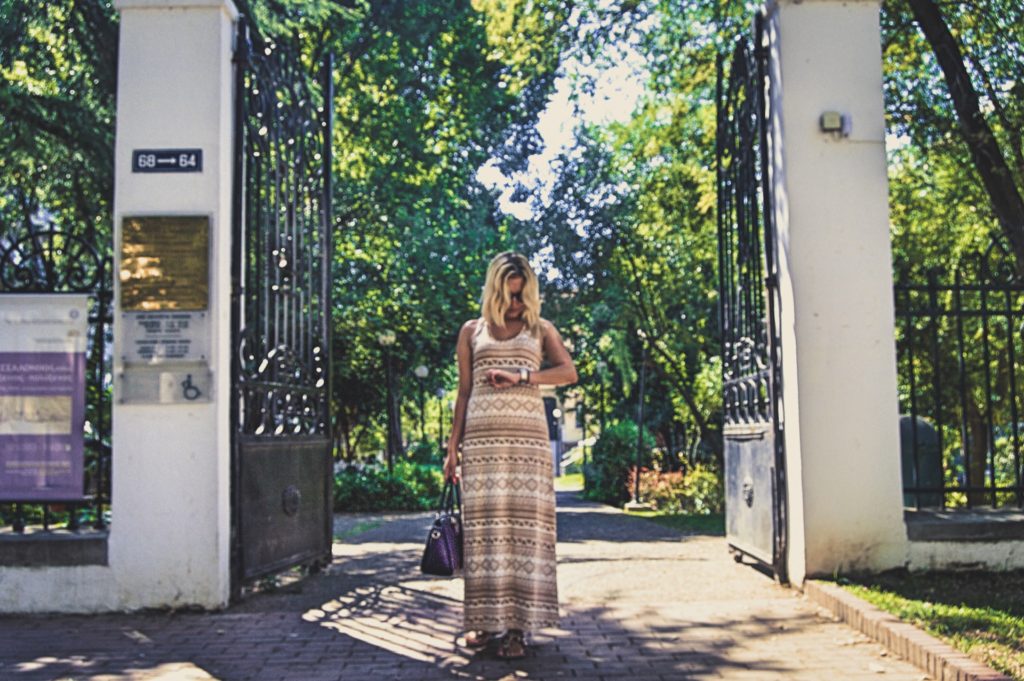 Have you been in one of those diamond villas at Vassilisis Olgas Street?

Which one is your favourite? Let me know your impressions in the comments.