Watching the sunset at Meteora was on my Bucket list for a long time. I know that you cannot compare it with the apricot sunset at Aegean sea, but Meteora is something special.  I have visited Meteora many times before, but every time we would rush to return back not having time to enjoy the moment. This time, thanks to Meteora Thrones and Travel Blogger Greece I had the opportunity to experience one of the most beautiful excursions ever.

After delicious lunch at one family taverna, together with our guide Dimitris we headed towards the giant rocks. Dimitri as well as others guys from Meteora Thrones are locals, so their stories are fullfiled with their childhood memories and hidden corners that no one else would realize that exist in Kalampaka. It turn out that stone mountains that have stood here tens of millions of years are as changeable and dynamic as the seas. 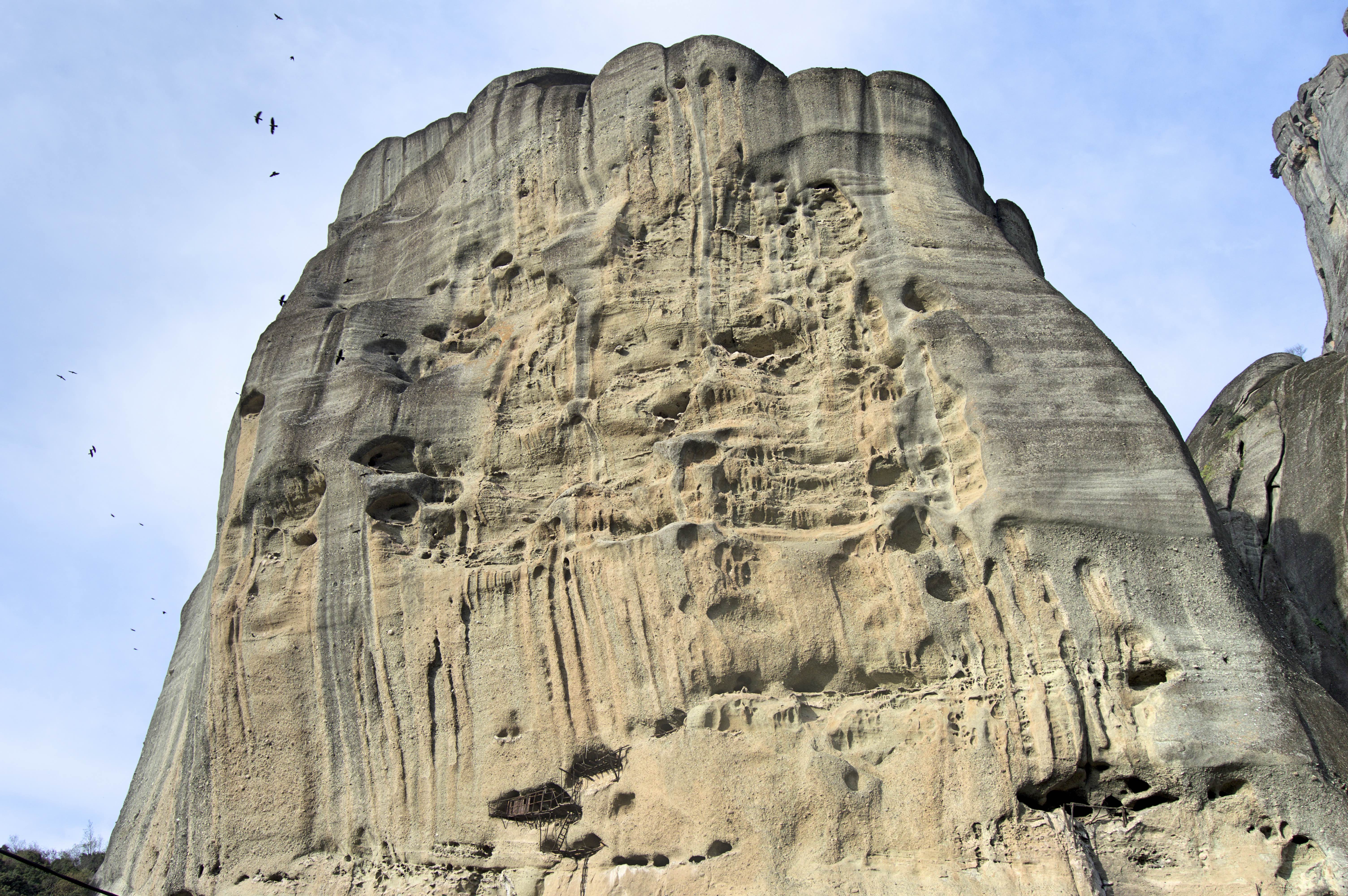 At the moment, Dimitri told us to pay attention to the colourful cave inside the rocks dedicated to St George, which entrance is decorated by many scarves. The story behind scarves started during the Turkish occupation when a Muslim that lived in the area cut some wood from Saint George’s sacred forest. The saint caused paralysis to the man’s arm. In order to ask for a help, the wife offered her scarf to the Saint who cured the man. In that name, every year locals climb to the cave, take down the old scarves and hang new colourful ones. 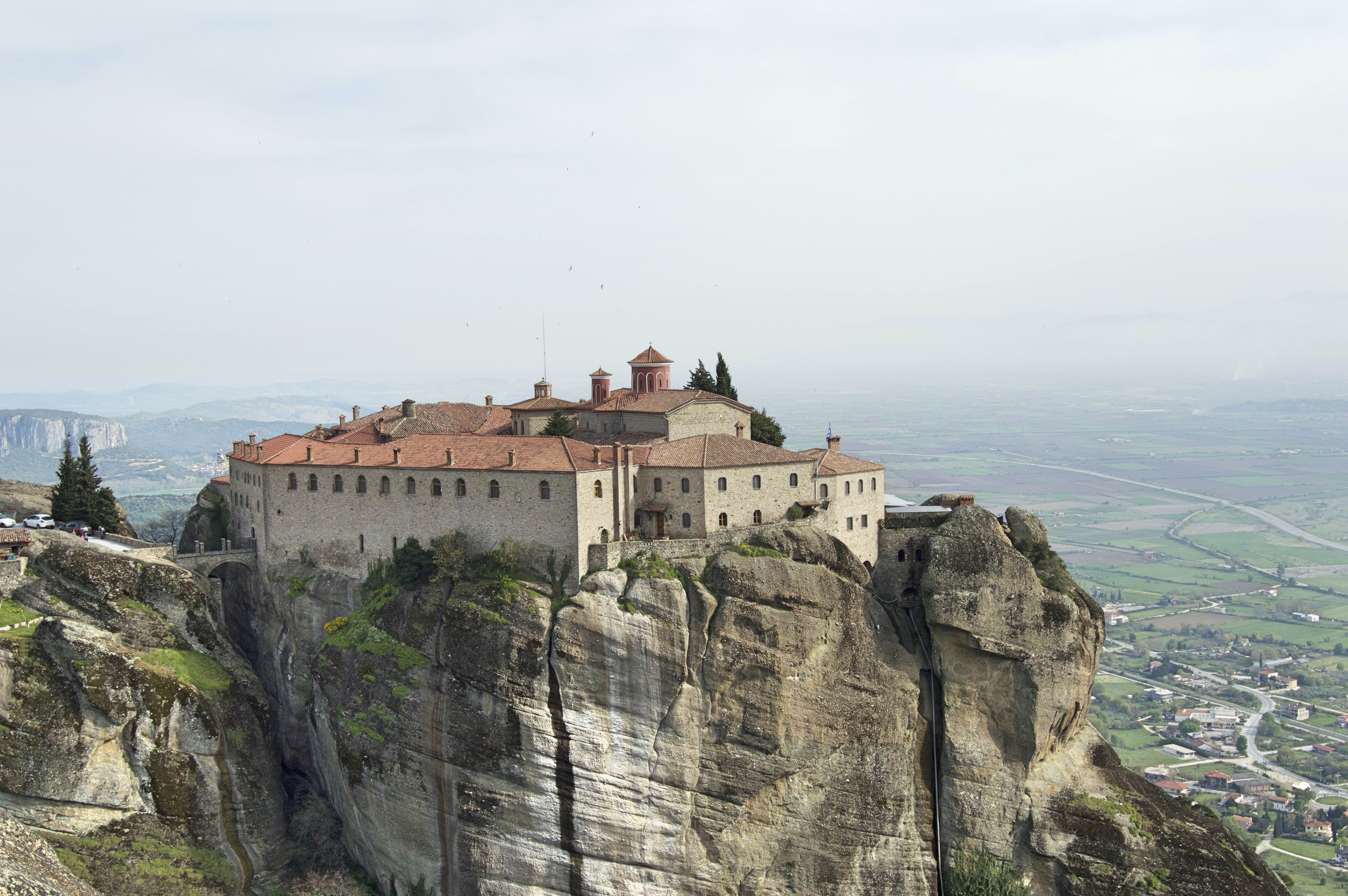 Next moment, we have already been in front of St Stephen monastery. I loved the incredible view that it has towards the valley of Thessaly. Did you know that women were not permitted in Meteora until the 1950’s? Then a monastery caught fire, all the men were far away in the fields, and the women of the village saved it from burning. Women are welcome since then, and a few years after that, nuns were granted St. Stephen. I got surprised that all nuns are well-educated ladies who are speaking many languages and are well informed about many things. It was a pleasure listening to them while they were telling us about the museum which is located in the monastery.

After visiting this monastery we headed to visit the Church of Virgin Mary. This church was built between the 10th and 11th century and it is the only church that survived the fire during the Nazi occupation in Second World War. Unfortunately, the photography is not allowed inside the church. 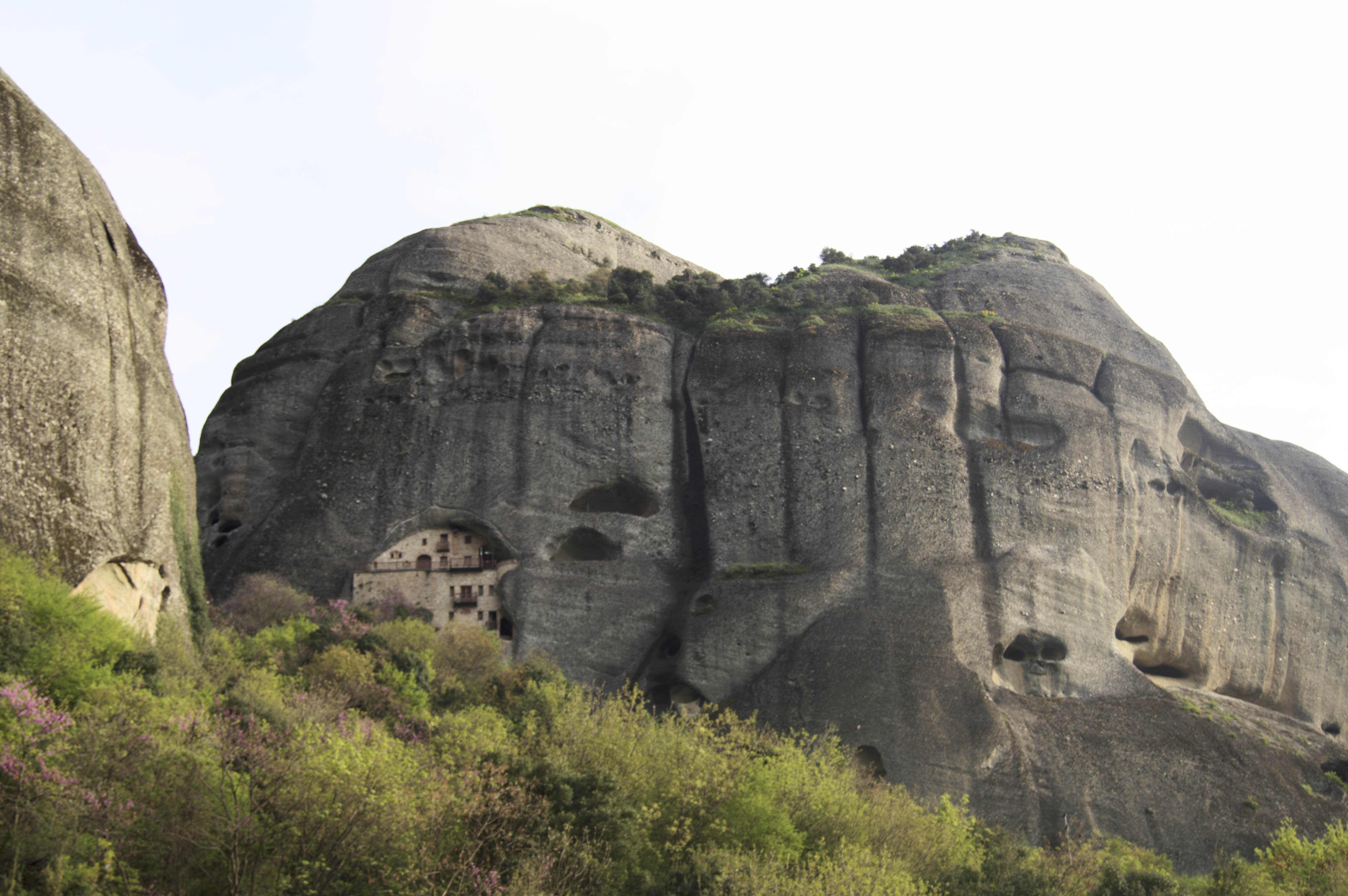 Ah, I told you that only locals know the story behind this place! Dimitri showed us the rocks that looks exactly like Gorilla! To be honest, at the moment I saw an elephant but after being more careful I realised what he was talking about! Did you know that the hermit caves were used by monks when they sought isolation? They would cut the wooden ladders, and they would survive by donations made by locals with the use of ropes. 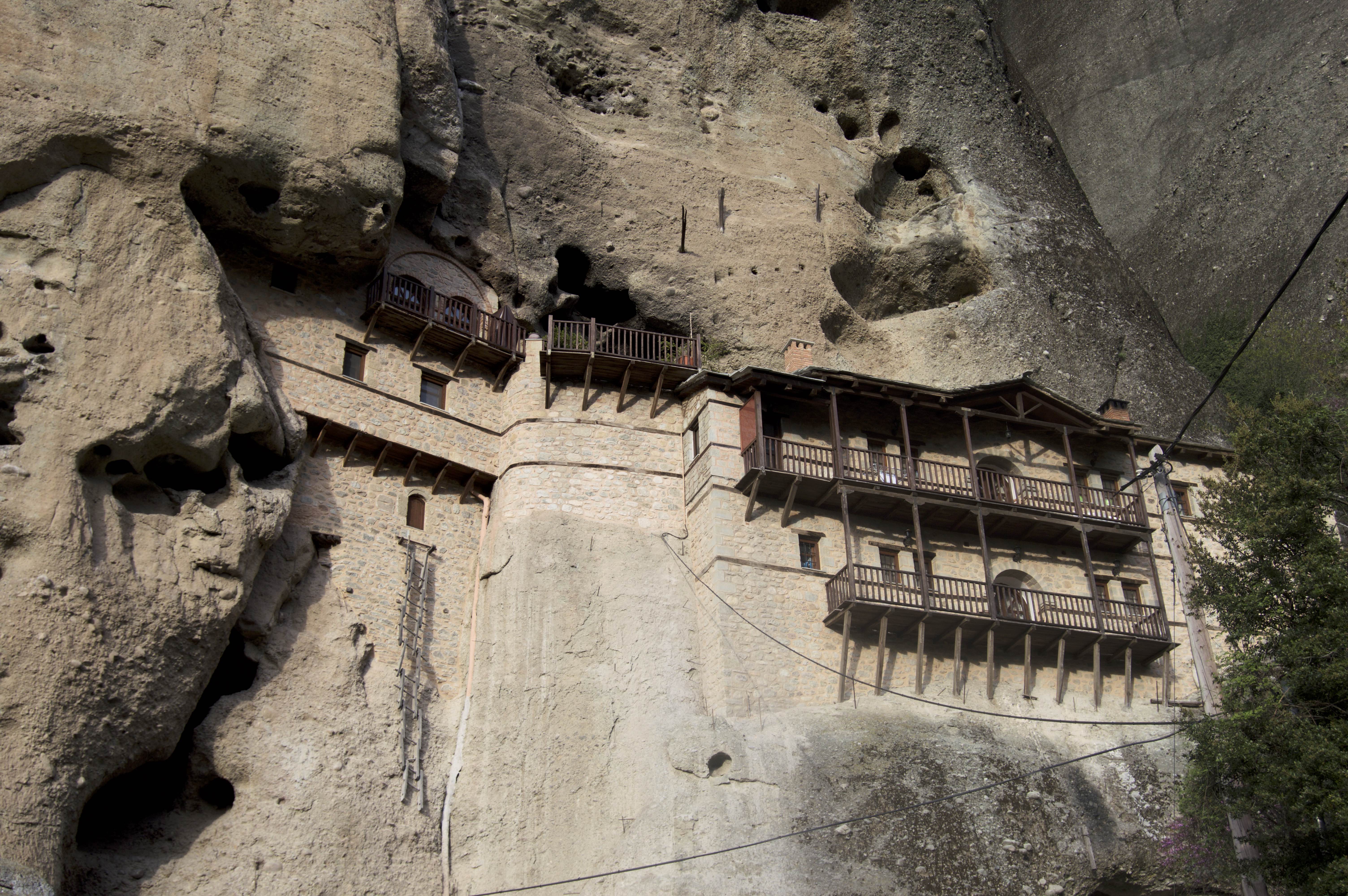 Finally, we have reached the moment I was waiting for the whole day! Although, there is the thing you need to know about Meteora Sunset: the clouds are not your best friend! But even with their company, I really felt like being on a Throne.

Imagine being on top of those gigantic rock formations, enjoying the view at different monasteries and the green nature of Meteora. We have been hiking there few hours before but I ll share it with you in another post. This view left me speechless. I felt so small and at that moment the whole history, stories that Dimitris shared with us, moments spent at the monasteries have been on my mind. Indeed,  I have to admit that I was afraid to be on the edge… but it was worth it!

Live this unique experience and be grateful for every moment you have in your life.

Have you been to Meteora?

I have been the guest of Meteora Thrones agency, however, all opinions stated in this article are based on my own experience.  And I would be more than happy to recommend this tour to anyone interested to visit Meteora. More about my Meteora Thrones experience you will find in another article.

My cover picture is made by Aris Anast.