As a Serbian, I guess that this day didn’t have any big meaning to me before. It was just one of the last typical days of March. However, now for the fifth time, I am waking up earlier with the excitement, choosing more elegant clothes and running from the house. I don’t want to be late.

The country marks the double holiday with two things: Parades and Bakaliaros (Codfish).

Since 25th March 1821 is the day when the revolution flag was bannered in Kalavryta (a place in Peloponnese) and so, Greek revolution against the Ottoman Empire officially started. 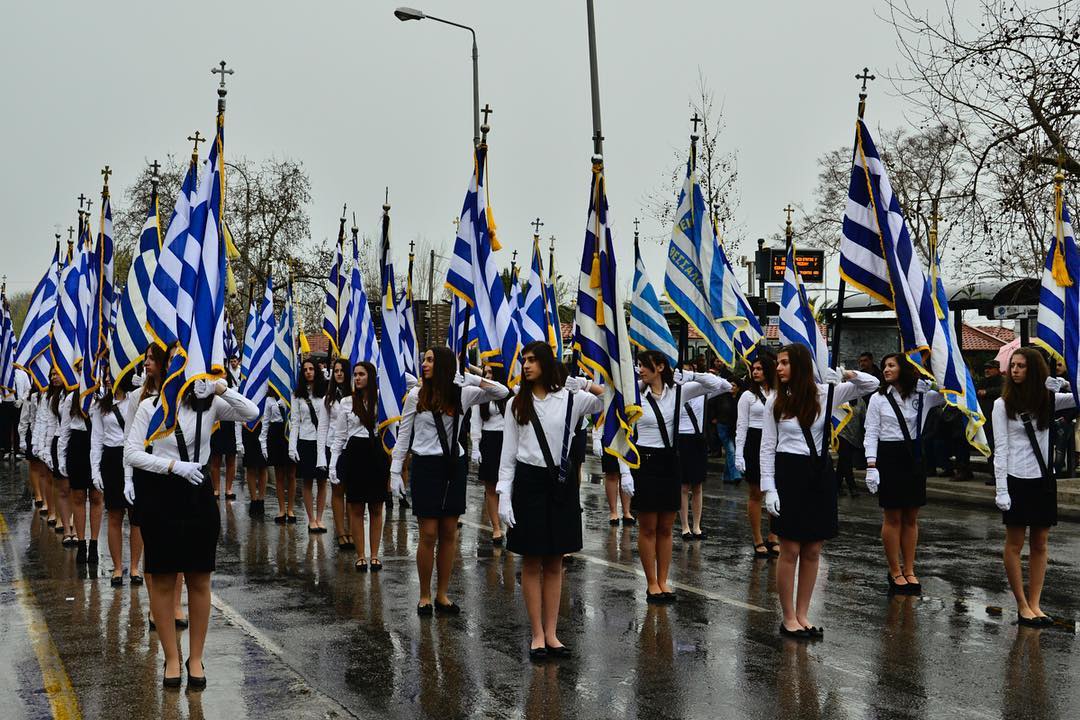 Every year, on March 25, people who sacrificed their lives to Greece´s freedom are reminisced and praised with a glorious parade.  The whole country comes alive. Streets are closed off to make way for marching bands dressed in traditional Greek military costumes accompanied by colorful Greek dancers, and on many occasions, school children parade proudly waving the Greek flag in the air.   I love the way how Greeks respect their past. 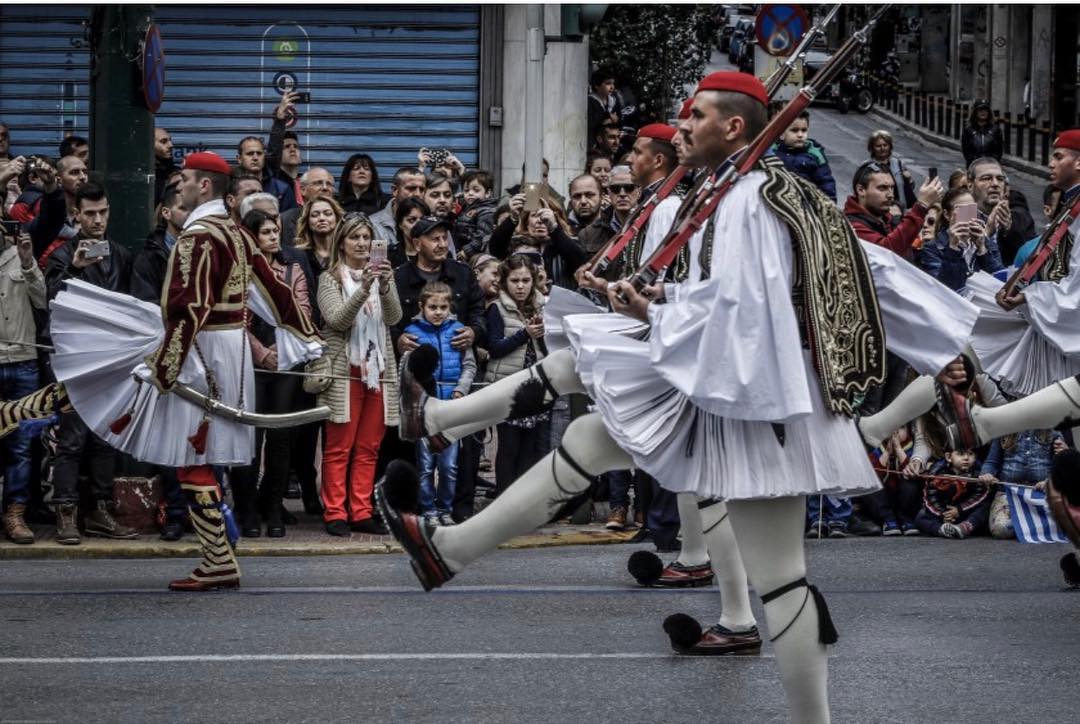 We can call this – the day of Greek patriotism. Except kids waving the flags, many Greeks would mount flags on their balconies. For some reason, it always gives me a special butterfly feeling, in my country we don’t do that at all.

On the other hand, Greek Orthodox Church celebrates the Annunciation. 25th March is exactly nine months before Christmas! It is one of the most significant celebrations of Christianity.

Following the lent, there is the tradition of eating cod (hake) with Greek garlic-potato sauce (Bakaliaros skordalia). Cod is usually found in the waters of North Atlantic area, but it is a tradition to eat this kind of fish, due to the fact that in old times it was difficult for someone who used to live in the mainland of Greece to find fresh cheap fish at once.

One more reason to spend a day surrounded by friends and family indulging in various tastes of seafood. It is not that Greeks are not famous for their gastronomy. So whether you are Greek or not – take the time today to enjoy outside for a coffee and appreciate the beautiful day that belongs to the Greeks.

What does it mean to the Greeks?

I have decided to ask my friend blogger what this day means to her. I can imagine that being a child and getting ready for the parade, maybe even wearing the traditional costumes is something special. It makes people love and respect their country more.

For me, March 25th is an important day. I have always remembered this day, since my school years. It was a national holiday. We recited poems, had a parade, dressed in local costumes, and then at home, we had a celebration. We also celebrated the name day of my sister Evangelia, a name devoted to the Annunciation of the Holy Mary. We were gathering with friends and relatives, and of course, we always ate fish, mainly cod, as a tradition says. Last few years we are celebrating this day with magnificent events. Of course, visiting ouzeri to enjoy Greek spring air and sun – drinking ouzo, eating excellent Greek dishes with a company. Mary Tsil- from Trips and Dreams blog

Have you been at one of the Greek parades? Many cities have their own traditions & if you know about them, let me know in the comments! Would love to know how did you spend this Greek day!